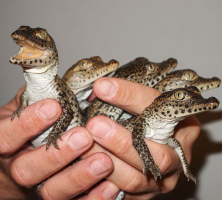 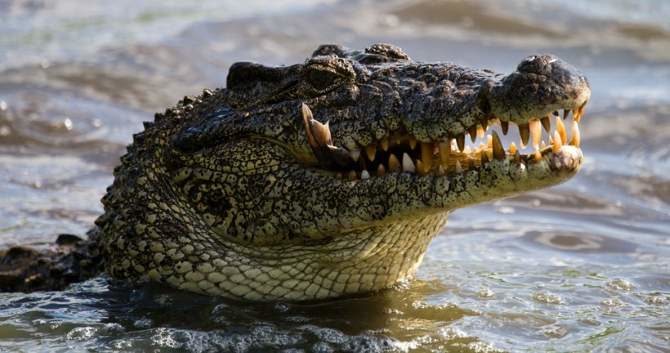 These genetically pure crocodiles came from a breeding facility near the Zapata swamp. Hybridization with American crocodiles, which occur in the Southwestern tip of the Zapata Peninsula, is an ongoing issue and has contributed to the Cuban crocodile’s continuing decline.

Cuban crocodiles face other threats, such as an increase in illegal hunting in recent years, so the release of captive bred Cuban crocodiles and the protection of these reptiles from poaching and hybridization is critical to the survival of the species in the wild.

Marsh grasslands in this refuge provide crucial habitat for not only Cuban crocodiles, but prey including bird, fish and mammal species. No American crocodiles or hybrids are found in this Wildlife Refuge.

The recent release, which took place on June 8th, is the second reintroduction since Cuba started to release Cuban crocodiles in 2016. The decision to release the crocodiles followed a workshop of crocodile experts organized by WCS and Cuban institutions, including the Fundación Antonio Nuñez Jiménez, CITMA Ciénaga de Zapata, and Empresa Nacional para la Protección de la Flora y la Fauna. The workshop brought together 40 Cuban nationals working for the conservation of crocodiles in Cuba, and 30 international experts.

The workshop resulted in a series of agreed priorities for improving the conservation of crocodiles, including: strengthening the research and monitoring of Cuban crocodiles in the wild; increasing efforts to reintroduce and monitor reintroduced animals in Channels of Habana; working with local communities to reduce poaching through alternative livelihoods and environmental education; and working with local authorities to strengthen compliance to reduce illegal selling of crocodile meat.

Said Natalia Rossi, WCS Cuba Program Manager: “This workshop was important because it enabled the second release of Cuban crocodiles into the wild and motivated all participants to do even more to save this critically endangered species. Our workshop was fundamental to bring everyone together to share the work being done to save the Cuban crocodile.”

The critically endangered Cuban crocodile has the smallest, most restricted geographic distribution among all living crocodilian species, being only found in parts of the Zapata and Lanier swamps. 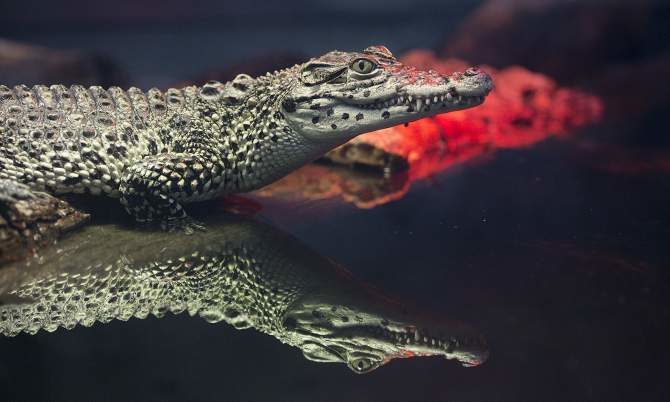 Historically it was found throughout the Zapata Peninsula, but indiscriminate hunting for skins beginning in the second half of the 19th century and lasting until the early 1960s decimated most populations. Today, Cuban crocodiles inhabit a territory of about 77,600 hectares (191,700 acres), sharing habitat with the American crocodile and the hybrids of both species.

WCS’s John Thorbjarnarson began working on Cuban crocodiles in the 1990s, and WCS’s Bronx Zoo was the first U.S. zoo to successfully breed Cuban crocodiles. The first one hatched in 1983; six more hatched in 1984, and 21 in 1985. There has been no reproduction since then, but the zoo has a new young pair of crocodiles that will be introduced to each other late this year.

Kevin Torregrosa, Herpetology Collections Manager for WCS’s Bronx Zoo, attended the workshop to establish collaboration opportunities with individuals working with crocodiles in the breeding centers as well as with wild populations.

Said Torregrosa: “Cuba is a fairly isolated island and getting the chance to see the conservation effort in practice was very enlightening. I believe the Cubans were very happy to have the opportunity to show the international community the work that they have been doing.”

WCS’s Cuba Program has helped establish strong collaborations in the pursuit of safeguarding the island nation’s wildlife and natural resources. In addition to working to conserve both Cuban and American crocodiles in Zapata and Birama Swamps, WCS has helped protect raptors in the inland forests of eastern Cuba and shark species inhabiting the rich coastal waters of Jardines de la Reina National Park.

WCS-Cuba has partnered with national agencies to help train three generations of conservation educators and decision makers through professional exchanges and applied ecological teaching, and worked to balance conservation with support for local livelihoods and culture.