HAVANA, Oct. 2nd. With dated infrastructure and problems with fuel supplies, Cuba’s electricity generation crisis has gotten a lot worse, which might speed up plans to increase the share of renewables.

Damages at many of the country’s eight thermoelectric power plants and delays in maintenance work on 18 out of its 20 generating units are the reason for deficits in electricity generation, state government authorities.

Add to this, faults in distribution systems – cables, substations, transformers – due to a shortage of spare parts.

Cuba produces half of the fuel it burns at many of its power plants, but the other significant percentage depends entirely upon purchases abroad.

Forming part of bilateral agreements, the island should receive approximately 53,000 barrels of oil and derivatives every day from Venezuela, but this South American has sunk into its own crisis and deliveries are irregular, news channels report, while the local government hasn’t disclosed any figures on the matter.

Meanwhile, a drop in liquefied petroleum gas supplies has been reported, which is used for electricity generation at power plants on the north-western coast, and this deficit can only be compensated by the exploration of new hydrocarbon wells, leaders in the sector have recognized.

“The electricity system’s operating reserve is very low and is sometimes below what’s needed for the country to cover consumers’ energy demands, thus cuts in electricity are necessary and inevitable,” the minister of Energy and Mines, Livan Arronte, pointed out during a TV appearance on September 14th.

The current crisis brings back flashbacks to many Cuban families about the long blackouts in the early 1990s when the island lost its main fuel supplier when the Soviet Union collapsed.

In September 2019, there was another energy crisis when former US President Donald Trump’s administration (2017-Jan 2021) decreed special measures to stop oil tankers from reaching the island, as part of the series of measures used to reinforce the economic and financial embargo the US has imposed on Cuba since 1962.

“The US government has committed itself to threaten and blackmailing companies that supply fuel to Cuba, and this has resulted in a quantum leap in tightening down on and applying unconventional measures on the international transport of fuel, without any legal authority or moral high ground,” the 2020 Annual Report on the Blockade (which people in Cuba call the US embargo) criticized.

Cuban authorities insist that these sanctions make access to credit – to buy parts and other supplies – a lot more difficult, which extends the necessary maintenance cycles of the country’s power plants.

“The electricity system’s operating reserve is very low and is sometimes below what’s needed for the country to cover consumers energy demands, thus cuts in electricity services are necessary and inevitable”: Livan Arronte.

Cuba’s depleted coffers aren’t in any state to take on extra expenses, given the economic crisis that has dragged the country through the mud for three decades and the impact of COVID-19, which has forced the government to prioritize purchases of medical and food supplies.

The electrical grid is considered to be in critical condition and the great dependence that still exists on foreign fuel is a weakness and conspires against the country’s planned sovereignty and energy independence, analysts warn.

Cuba has a potential of over 6500 MW/hr installed, but the real capacity of electricity generation is only half that, and when several generator units disconnect from the National Electrical Grid (SEN), it’s almost impossible to meet the maximum demand of 3300-3500 MW/hr.

The country has eight power plants with 20 generating units and a total capacity of approximately 2600 MW/hr, which is equivalent to 40% of the electricity that could potentially be generated in this country with 11.2 million inhabitants.

Many of the process very heavy crude oil from Cuba (7-18 API), with a sulphur content of 6-8%, increasing the corrosion of boilers and forcing the time between routine maintenance works to be reduced to 50 to 70 days in a year.

This network of power plants is the backbone of a system that is supplemented in the country’s 15 provinces by fuel engines and diesel-powered units, which have also been hit by spare parts shortages and where a part of the 150-200 million USD per month spent on fuel is used, according to official reports.

The rest of electricity generation is made up of almost 8% local liquefied petroleum gas, 5% from renewable sources and 3% front floating units (patanas) which also need fossil fuels, in Mariel Bay, 45 km west of Havana.

With the exception of just one power plant, the rest were mostly built with technology from the now-extinct Socialist Bloc in Eastern Europe and the Soviet Union, exceeding their 30-35 year lifespan, and every block needs 40-80 million USD to be repaired, leaders in the sector have explained.

In order to ease the current crisis, the government has announced an investment scheme that is geared towards reactivating potential electricity generation, which isn’t used today and to give priority to the tiered maintenance program.

“Out of this strategy’s projects, four 200 MW/hr electricity generation units stand out, which will use national crude oil and… today, there are 3500 MW/hr being managed at different stages to implement projects with renewable sources, which have been affected by the current crisis,” Arronte said. 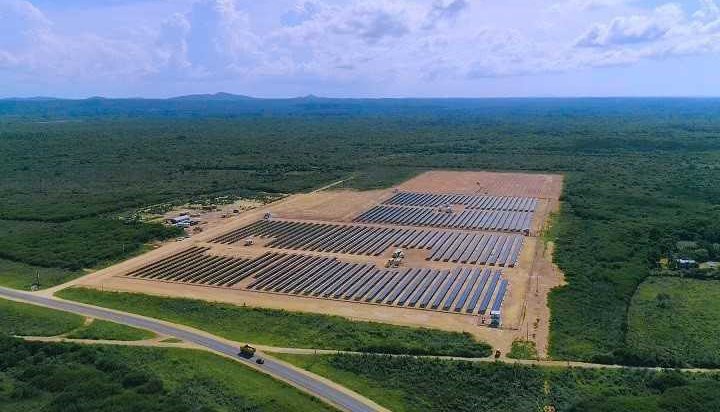 In 2014, the Cuban government approved, “A policy framework for the development perspective of renewable energy sources (FRE) and efficient energy use by 2030,” which has the mission of gradually reducing the use of fossil fuels and facilitating 24% of energy coming from clean sources by that date.

This policy also aspires to encourage foreign investment, both in the large-scale as well as small local projects, with the aim of improving energy efficiency and self-sufficiency, with installations that are mostly connected to the SEN.

Some estimates say that getting over 2000 MW.hr via the FRE’s new capacity within nine years will require more than 3 billion USD.

Decree-Law no. 345 in 2019 about the development of FRE contains incentives to promote self-sufficiency using clean energy, the sale of SEN’s surplus, as well as tax and wage benefits for natural and legal persons that use them.

The regulation also suggests installing the latest state-of-the-art efficient LED lights in public streetlights, the sale of solar-powered water boilers and efficient appliances, while TV commercials insist that saving electricity is a source of energy on its own.

Cuba finished 2020 with almost 300 MW/hr from FRE, with some facilities receiving support from international projects and bodies.

Increases in FRE could mean the annual replacement of 2.3 million tons of fossil fuels in the electrical grid and an 8 million ton cut in carbon dioxide emissions, some studies weigh in.

Nevertheless, these forecasts clash with the high price of technology needed to process sunlight, wind, water and biomass.

In Cuba, where all these sources are being explored, the photovoltaic solar program seems to be the most advanced, in a country with an average solar irradiance of over 5 kW/m2 during the day, which is considered high.

In late July, resolutions were published so that individuals can import without Custom’s taxes and without a commercial purpose, photovoltaic systems, as well as equipment, spare parts and pieces that generate electricity or operate as renewable energy sources.

Solar panels are also being sold in some chain retail stores that exceed the US $1,500 per unit, compared to a monthly wage that ranges from 87 USD to a maximum of 400 USD.

While there is a chance that the State buys electricity from private consumers, citizens consulted by IPS believe that the sum to acquire or set up a photovoltaic system and the many years needed to make back your investment isn’t encouraging enough.

The availability of units to accumulate this energy and use it during night hours is another pending issue. ((IPS-Cuba))