HAVANA, April 19th (AFP) A deadly plane crash, economic woes, a new constitution, US sanctions and taking to social media: Miguel Diaz-Canel’s first year as president of Cuba has been anything but straightforward.

The 58-year-old entered office on April 19, 2018 as the first person other than brothers Fidel and Raul Castro to lead the island nation in more than six decades.

Less than a month after taking office, Diaz-Canel was faced with a plane crash in Havana on May 18 that left 112 people dead, the country’s worst air accident since 1989.

Diaz-Canel was quick to arrive at the scene to coordinate the emergency services and comfort grieving families.

That was a sign of a new form of governing: one closer to the people.

Over the following months the president was often on the road visiting every corner of the island in the dynamic style of a young Fidel Castro, even if his reserved character more resembles that of Raul.

“He’s tried to copy the style of the leader on the ground,” said Arturo Lopez-Levy, a Cuban international relations expert at the Gustavus Adolphus College in Minnesota.

That has helped Diaz-Canel gain the “legitimacy” he lacked in not having participated in the 1959 revolution like the Castro brothers: he was born a year later.

Although representing the new generation, he remains surrounded by the old guard, including Raul Castro, now first secretary of the Communist Party.

Highly active on social media ever since, he has obliged his ministers to follow suit.

An electronics engineer by trade, Diaz-Canel has made information technology a priority: 3G mobile services arrived in December.

Of the country’s 11 million inhabitants, 1.8 million now connect to the internet through mobile phones. Until then, internet access was largely confined to public Wi-Fi zones.

The new generation has been quick on the uptake, freely responding to the president’s tweets or questioning ministers on daily problems.

“That’s the new Cuba,” says political scientist Carlos Alzugaray. Diaz-Canel “isn’t a counter-revolutionary” but “he wants things to improve” and he can “say so on the internet.”

Diaz-Canel’s first major project was constitutional reform, which came into effect on April 10, that recognized a new economic reality: the country remains socialist, but has inched open the door to private property and foreign investments.

Politically, though, nothing has changed. The unique role of the Communist Party was reaffirmed, alongside the “irrevocable” position of socialism. But after 60 years of Castro rule, one major change has seen the presidential term limited to two consecutive five-year periods, while the position of prime minister was also created.

While not as universally supported as previous referendums, the new constitution was still adopted on February 24 with 78.3 percent of the vote.

At the start of April, the emblematic Communist Party daily newspaper Granma had to cut pages due to a lack of paper.

That evoked painful memories as it was also the first measure adopted by Fidel Castro in 1990 to combat the “Special Period” — a crisis provoked by the dissolution of the Soviet Union, Cuba’s main financial supporter for the previous three decades.

Today, economic growth of just 1.2 percent is not enough to cover the needs of a country that imports 80 percent of its food, which has had to be rationed.

Diaz-Canel has called on people to prioritize “to avoid a return to the difficult times of the Special Period.”

Still hamstrung by a US embargo started in 1962, and under the threat of losing the subsidized oil provided by Venezuela and Algeria, Cuba needs to learn how to stand on its own two feet, says Juan Triana, a professor at the University of Havana.

The country needs to “diversify the economy to reduce the need for importing,” he said.

On April 17, Washington announced a new set of measures that could hamper investment in Cuba, restricts US travel and remittances to the island, and opens the way for a slew of lawsuits against companies operating in properties seized since the revolution began.

It’s a way for US President Donald Trump to punish Havana for its support of Venezuela President Nicolas Maduro.

Tough words, but he must quickly find new allies, according to Triana.

“Diaz-Canel’s political leadership must look for new ways to win the battle” with Trump, he says. 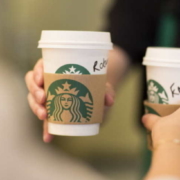 Those who sell services, those who buy order

So far, no changes to Royal Caribbean’s Cuba sailings