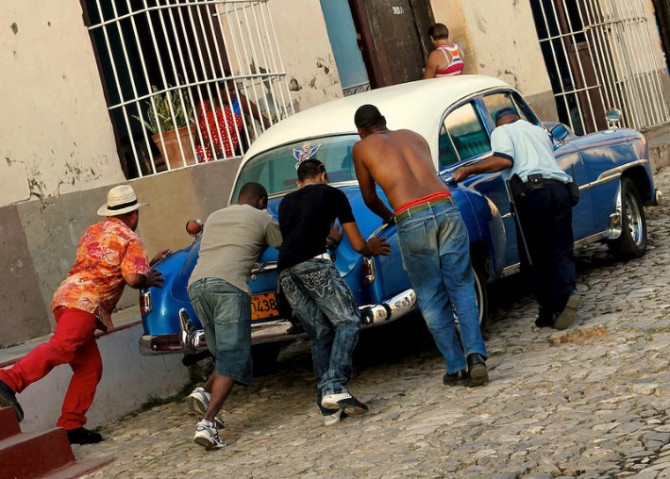 HAVANA, Feb. 17th The Cuban government has begun a full-court press urging U.S. and American companies to step up economic investment in the island nation.

In one of the first public comments in the U.S. by a top Cuban government official since President Obama normalized diplomatic relations with Cuba in late 2014, Rodrigo Malmierca Díaz, Cuban minister of foreign trade and investment, on Tuesday urged Congress to lift the decades-old economic embargo and promised that U.S. companies eyeing the Caribbean market would not be discriminated against.

“I believe the roads we have started to walk on is the right one,” Malmierca Díaz said at a press conference after a speech at the U.S. Chamber of Commerce on Tuesday. “No matter what, we’re going to maintain the disposition to normalize our relations with the U.S.”

The U.S. economic embargo on Cuba, which was imposed in the early 1960s, remains in place, as only an act of Congress can lift it. But the Obama administration’s overtures have triggered loosening of business and investment restrictions on the island and have raised hopes for expansion-minded U.S. companies tempted by an untapped market with a reputation for quality education and advanced medical and engineering training.

The Treasury and Commerce departments have introduced a series of rule changes in recent months to encourage U.S. companies to consider investing in Cuba. And Malmierca Díaz said he plans to hold further talks with government officials for other rule changes that would accelerate economic investment and to meet with American business executives.

Transportation Secretary Anthony Foxx signed an agreement Tuesday in Havana with Cuban Transportation Minister Adel Yzquierdo to resume scheduled airline flights to the island for the first time in 53 years. Airlines will compete to provide up to 110 daily flights to Havana and nine other cities starting this fall, as long as travelers are visiting for one of 12 reasons other than tourism, officials said.

Still, the American re-engagement with Cuba, one of the last remaining communist governments, is a hot-button topic, particularly in the swing state of Florida. Several influential lawmakers, including Republican presidential candidates Ted Cruz and Marco Rubio, both Cuban Americans, as well as former Florida governor and presidential hopeful Jeb Bush, remain firmly opposed to lifting the embargo.

During his speech in downtown Washington, D.C., Malmierca Díaz rattled off factoids aimed at wooing foreign investors. Cuba’s GDP grew 4% last year, with the sugar, manufacturing, construction and tourism industries leading the way. The island nation maintains trade relations with 75 countries, and some foreign debts have been renegotiated with creditors, he said. “We don’t want to be dependent on one market,” he said, referring to Cuba’s past ties with Russia.

Three cruise terminals are being built as is a new “special development zone” with tax incentives. Foreign companies’ net incomes on the island are generally taxed at 35%. But tax on income from new investment will be waived for eight years and taxed at 15% thereafter, he said.

Cuba needs about $2 billion annually in direct foreign investment to maintain its goal of raising its GDP by 5%, he said. Reflecting Cuba’s eagerness to interconnect further with the global economy, Malmierca Díaz said its view of foreign investment has shifted from a few years ago when it was merely considered a “complement” to domestic spending and “not important.”

Responding to a question about whether Cuba was moving quickly enough to adapt to the rule changes in the U.S., Malmierca Díaz said some delays may occur as American companies negotiate with their Cuban partners, but he affirmed that the Cuban government “was not creating more barriers.”

From aviation to trade, a busy week ahead for U.S.-Cuba relations President Barack Obama to visit Cuba march 21-22
Scroll to top