HAVANA, Aug 29 (PL ) Cuba’s and Kenya’s Foreign Ministers, Bruno Rodriguez Parrilla and Raychelle Awour Omamo respectively, held on Friday a telephone conversation on the situation of two Cuban doctors who have been kidnapped since April 2019 in the African country.

The information was released by Cuba’s Foreign Minister on Twitter. ‘We exchanged on the situation of our kidnapped doctors in that country,’ Rodrguez Parrilla tweeted.

‘We review the state of bilateral relations and examine our cooperation in international organizations,’ the FM added.

From the outset, the highest authorities of the Cuban government established communication channels with their Kenyan counterparts to address this situation, while keeping the physicians’ relatives on the island updated.

On July 31, the Minister of Public Health, Jose Angel Portal, reported a telephone conversation on the issue with his Kenyan counterpart, Mutahi Kagwe.

According to Portal, Kagwe told him that his government continues making efforts to guarantee the safe return to Cuba of the kidnapped healthcare professionals in Kenya by the armed group Al Shabab, and taken to neighbouring Somalia.

The U.S. is pushing Latin American allies to send their Cuban doctors packing 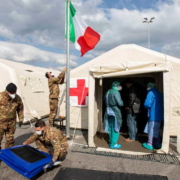 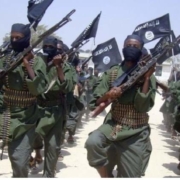 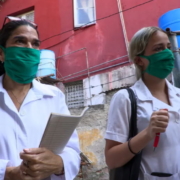