HAVANA, Feb. 5th  (Reuters) Cuba’s imports from China tumbled to $483 million last year versus $791 million in 2019, according to data from the Chinese Customs Office,

extending a steep five-year decline as the island’s economy reels from U.S. sanctions and the coronavirus pandemic.

Cuba is dependent on imports for much of its consumption, but it began falling behind on payments to foreign suppliers from 2015 as support ebbed from ally Venezuela due to its own economic woes.

The Chinese government previously reported that exports to Cuba had declined from nearly $1.9 billion in 2015 to $1.1 billion in 2018.
The Customs Office data put China’s imports from Cuba at $472 million, similar to 2019, meaning overall trade was below a billion dollars, the lowest in more than a decade.Cuba exports mainly sugar and nickel to China. It imports a broad array of supplies from machinery and transportation equipment to raw materials and food.

The two countries remain political allies and economic partners, with China investing in alternative energy in Cuba and development financing in light industry, communications and other areas. Cuba has three pharmaceutical ventures in China.

But according to five diplomats and businessmen active in Cuba, their Chinese peers have for years expressed frustration with Cuban business practices and payment problems.

Cuba has hesitated to adopt market-oriented reforms similar to the other five remaining Communist countries, all located in Asia.

Three of the sources, who requested anonymity, said last year’s decline in Chinese exports had more to do with payment issues than the new coronavirus, pointing out that Chinese exports to the region had declined less than a percent.

“The Cubans have no money. The Chinese government will no longer cover trade and their companies want to be paid,” a European businessman said.

Neither the Cuban government nor Chinese commercial office in Havana responded to requests for comment.

Tough U.S. sanctions and the pandemic, which has gutted tourism, have cut into Cuban foreign exchange earnings, causing scarcity, job losses and an 11% economic contraction in 2020.

The government reported that foreign exchange earnings were just 55% of planned levels last year, while imports fell between 30% and 40%. It did not provide further details.

China is one of Cuba’s top three trading partners, along with Venezuela and Spain. Venezuela’s trade with Cuba has declined in recent years, though no data for 2020 is available, while Spain’s had risen through 2018 and then levelled off.

Xulio Fontecha, head of the Spanish business association in Cuba, said the decline was dictated by the pandemic and the global trade environment. He expressed hope a new U.S. administration, vaccines and reforms underway in Cuba would improve economic demand in the short to medium term.

However, Fontecha lamented a “known lack of liquidity that has been dragging on for years … and the systemic inability to generate growth in production, especially in sectors such as agriculture.”

Cuba last reported its foreign debt at $18.3 billion in 2017. Since then, it has fallen further behind on payments to creditors and suppliers as its access to hard currency has dried up. 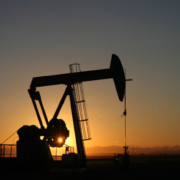 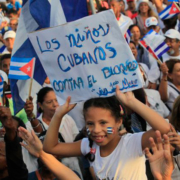