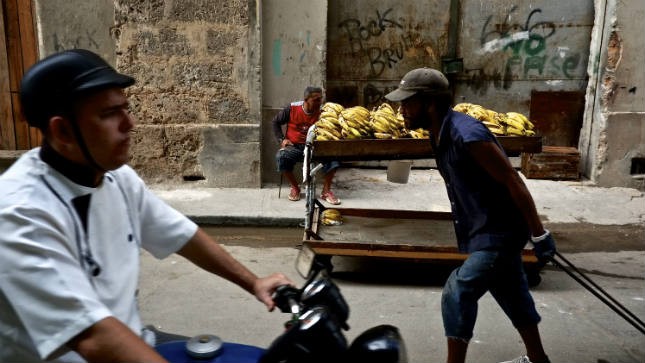 Whether Cuba will soon undergo an economic revolution depends more on politics in Washington than in Havana.

HAVANA,Sept. 7th  STRATFOR  Analysis
After all, the only thing standing in the way of unrestricted trade between the world’s largest economy and the island nation just 145 kilometers (90 miles) south of it is an embargo that rests on U.S. law. But after U.S. voters in November choose a new president, and perhaps change the makeup of the Senate and House of Representatives, the U.S. Congress could begin discussing the embargo’s end.

Lifting the long-standing sanctions against Cuba will be easier said than done, though, especially given the lingering controversy over Havana’s thawing relations with Washington. Even if the next U.S. president were willing to begin restoring trade ties between the two countries, there is little to suggest that a post-embargo Cuban government would look much different from the one in power today — a problem that will no doubt create headaches for whoever wins the U.S. election.

Settling for Slower Progress
Nevertheless, the topic of lifting the 1960 trade embargo will be up for debate during the next U.S. presidency. Cuban President Raul Castro is scheduled to transfer power to his successor (most likely civilian politician Miguel Diaz-Canel) in 2018. In doing so, Cuba will meet one of the United States’ preconditions for lifting the embargo: having an administration without a Castro in it.

But even with Castro’s departure, the structure of the Cuban government is unlikely to change enough to comply with the Cuban Liberty and Democratic Solidarity Act, one of the most important pieces of U.S. law presently upholding the embargo. The law, also known as the Helms-Burton Act, stipulates that U.S. recognition of the Cuban government would require the disbandment of several Cuban intelligence and security institutions, the establishment of an independent judiciary and competitive elections.

Yet it is unlikely that any Cuban administration — even one in financial straits as dire as the Diaz-Canel government would be — would agree to such a massive overhaul in exchange for the embargo’s end. Cuba’s reluctance can largely be explained by the fact that many of the officials in its current government rose to power under Fidel Castro and will continue to serve after his brother is replaced in 2018. The government the Castro brothers erected during their five-decade rule is civilian in name only and is heavily underpinned by the political and economic backing of the Cuban armed forces.

Instead of fully complying with the Helms-Burton Act, Havana will probably try to negotiate with Washington, vowing to make some adjustments to its political structure in exchange for partial sanctions relief. But such relief could be found only if Congress agreed to repeal most — if not all — of the act in question. Until the bulk of the embargo is lifted, any gains Cuba will see from its warming relationship with the United States will be confined primarily to the tourism industry, where loosened travel restrictions will allow for higher revenues. (Cuba’s tourism sector raked in some $2 billion in revenue in 2015.)

Timing Is Everything
That said, Cuba may not be able to weather the embargo for much longer. The government’s coffers are draining quickly, thanks to a steady decline in subsidized Venezuelan shipments of crude oil and refined fuels. This year, such shipments to Cuba have dropped from an average of 100,000 barrels per day in 2012 to less than 55,000 bpd, and Havana has had to make up the difference with funds from its own pocket and with austerity measures aimed at reducing domestic energy consumption.

So far, low oil prices have somewhat cushioned the blow. But as oil prices creep back up, pressure will rise on Havana to seek economic relief by removing the embargo unless tourism revenue increases enough to close its budgetary gap.

Politicians in both Cuba and the United States want to see the embargo lifted during the next U.S. presidency. But whether their calls yield a substantive discussion — let alone the vote in both houses of Congress required to repeal the legislation holding the embargo in place — will depend on the level of resistance seen among U.S. lawmakers. Several U.S. politicians, including members of the Senate and House foreign affairs committees, hold substantial sway over the debate’s progress in Congress and, by extension, over the future of Cuba’s economy.
Lead Analyst: Reggie Thompson

US and Havana talk about oil in October 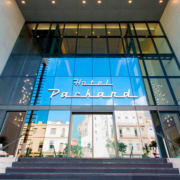 4 sectors in Cuba that could be profitable for investors

“The Companion” Premieres in Cuba