HAVANA, Dec. 4th Finding an ‘original’ car within Cuban shores is not a task for the faint hearted. Having lived with Fidel Castro’s communist-led ban on imports of both foreign cars and car parts post-1959, one of the inevitable effects has been a deep-freeze of Cuba’s car scene. However, after almost six decades, the cars are far from original.

Lumbering great American classics have been gutted of their V8 power plants in place of diesel engines; most usually from Ladas. Given the country’s median income – less than $22 per day – vehicles are far from common in the first place. With an island boasting 11 million inhabitants, there’s only 60,000 cars between them, and what is there has been butchered to keep running on a shoestring.

As such, holding a concours event in Cuba would seem something of an oxymoron. Yet, that’s exactly what Amigos De Fangio has planned with this month’s inaugural Classic Car Contest, the first contemporary concours-type event to be held for the Cuban people.

Conceived to mark the 120th anniversary of the first cars landing on Cuba, the concours event has been split into two parts, the first of which has already taken place. Last Saturday, there was a gathering in La Piragua where Amigos de Fangio’s technical expert – Pablo Alvarez – lead a team to evaluate more than 300 cars in terms of originality, appearance and drivability.

The second part consists of a parade through Havana and along El Malecon on December 15, ending at Paseo del Prado in Old Havana. The cars that make it there will be judged by Alvarez during the concours itself.

Whereas most events of this type hand out awards in large numbers, Cuba’s Classic Car Contest will hand out only two; the Gran Premio de Autos Clásicos for the most original car at the event, and Most Popular. 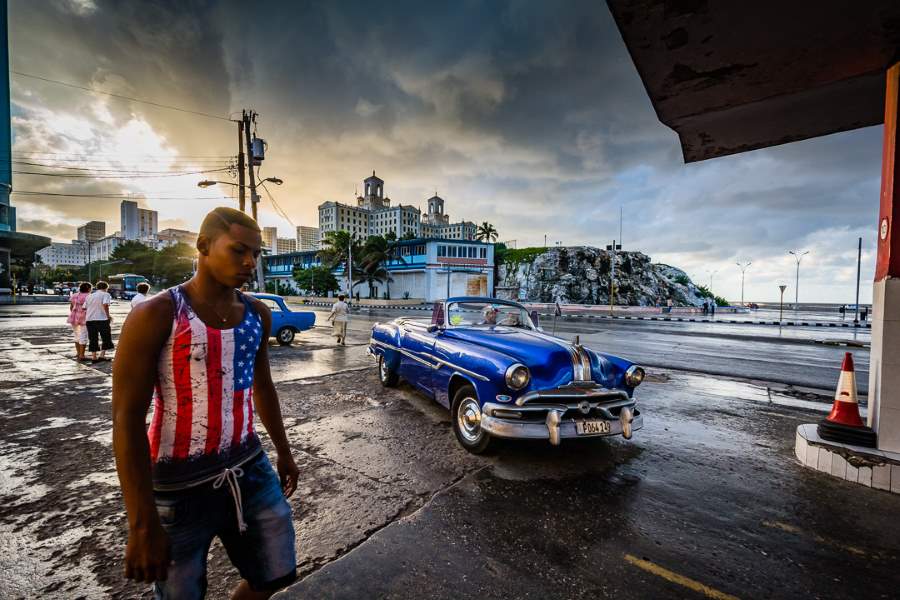 ‘Cubans treasure these vehicles and live proud of them,” Alvarez told the Associated Press ahead of the event, noting that some of the cars “have gone through three or four generations in a family.’

The innovation showcased by the Cuban people has become a celebrated aspect of the classic car world, with enthusiasts undertaking all manner of inventive repairs to keep their cherished machine on the road. Bright paintwork masks patchwork repairs and panels hand-beaten from whatever scrap metal can be acquired.

‘If it weren’t for the inventiveness and creativity of many people over these decades, we wouldn’t have so many of these automobiles in good condition today,’ Amigos de Fangio’s Lorenzo Verdecia said at the press conference announcing the event.

There are healthy cars out there, however. Among Cuba’s battered-looking traffic are stand-out vehicles usually maintained to the highest degree in order to ferry tourists around the island nation. The job remains one of Cuba’s most profitable positions.

Although the embargo hasn’t been lifted since Castro claimed power, a slight thaw of relations between Cuba and the U.S.A saw some new cars enter the country in 2014, with Infiniti registering the first automotive import on the island in 58 years. Yet, just as trade started to increase, agreements were soon withdrawn.

What the slight exposure to modern vehicular culture did achieve was re-instating Cuba as an island of classic motoring, and there has since been concerns that the time-warp island may lose its unique cultural stance as collectors purchase what’s left for a quick profit-making restoration.

However, with the Cuban’s now set to celebrate their automotive philosophy, we doubt the ethos is going to change anytime soon.
(www.autoclassics.com)

Cuban Athletes Will Train in Japan for 2020 Olympic Games