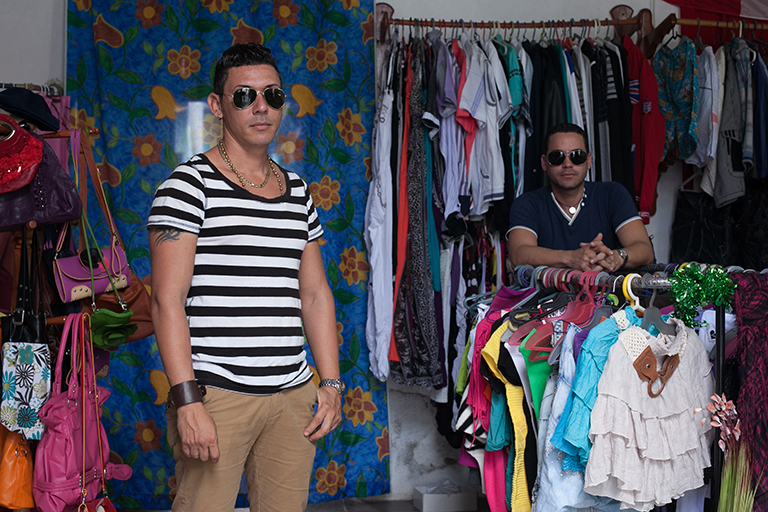 HAVANA, Jan 31th (HT) The black market exists everywhere, but in Cuba, an exception of a country under a so-called “socialist” government, shortages determine the specific features of this form of trade. Carlos Alberto Montaner has repeated that “Communism is the kingdom of shortages.” Cuban shortages are a result of the State’s incompetence.

There are products in shortage because of government decisions, for example, beef and seafood, which government companies hold a total monoply over, whose “free” consumption has become exclusive for the vast majority because prices, which exceed the average found in highly-developed capitalist nations, also exist along with the ban.

My neighbors for many years don’t beat around the bush: “I’ve just given myself the great pleasure of eating some steaks the size of the plate, fried behind closed doors and windows. It’s a shame that potatoes vanished from the market a while ago.” (Possessing beef in your home not purchased for outrageous prices at State markets could even mean years in prison).

Beef ranks among the top products on the black market, being sold for about 5 CUC (5 USD) per kilo for a long time now. At state-owned hard currency retail stores (TRD), the same boneless steak can cost starting at 9.50 CUC per kilo, almost half a Cuban worker’s or professional’s monthly income.

Not everything is the result of the government’s fanciful decisions, as can be seen in the widespread black market for medicines. Sometimes, it’s impossible to satisfy an overwhelming demand, Dipirona or Duralgina (the most popular painkiller) being a case in point, which is traditionally sold without a medical prescription.

Pharmacy in Havana. They often run out of the most basic medicines that end up on the black market.
A pill is legally sold for 7 cents of a Cuban peso (CUP), but there is so much demand that it is always missing the next day from the weekly medicine distribution. The alternative is to buy from the “discrete” neighborhood sellers, who always have pills but for 1 CUP each. (1 CUC is the equivalent of 25 CUP).

Sometimes, government decisions contradict with what might be good intentions, like what happens with sanitary towels for women on their period. A bag of 10 pads costs 1.20 CUP, via the rations booklet. There isn’t a way of buying them at TRDs in this case, but, “surplus” appears, by different tricks of the distribution and consumption networks, which are then sold for between 10-15 CUP per pack.

The real madness of Cuba’s retail market goes to such lengths that three prices exist for the same food product. A kilogram of full-fat powdered milk is sold for 2.50 CUP at state-run establishments, a rationed product which is limited to children up to 7 years old, as well as people of any age with a special diet prescribed by a doctor.

This milk (there’s another skimmed version for diabetics) regularly ends up being sold for 3-5 CUC in the neighborhood as old people with low incomes, preferably, ensure an extra income to their 200 CUP pension.

There are more than enough ironies here in Cuba that would force Aristoteles himself, the creator of logic, to frantically go looking for a Dipirona. Fresh white cheese is legally chased after by the police, nevertheless, thousands of private cafes sell nearly 100% of their pastas and pizzas using this dairy product, which has gone up from 20-25 CUP per pound to 30-35 CUP today.

Other animal proteins, whose sale figures continue to grow, are fish and seafood, part of the multi-faceted monopoly created by the discredited Communist kingdom.

There is a network of seafood shops in Cuba, providing products with air conditioning, fridges, scales and salespeople wearing white smocks. The question is, where is the fish?

Line at a fish market.
A neighbor just told me that, when traveling back to Havana from the town of Regla across Havana Bay, his French companion gave him enough to buy anything from the sea when he saw a fish shop. The disappointment came when he heard the prompt warning: “We don’t have fish, or other seafood, just chicken croquettes.”

This isn’t strange as the pound of Tuna, Snapper and other delicacies from the tropical waters that surround us, went up from 1 CUC years ago to 1.50-2 CUC today. A pound of clean Prawns means fishing out up to 5 CUC.

And the examples chosen here, referring to certain foods and products manufactured by the public health sector, aren’t the only ones that exist as the black market has no limits; it covers clothes, shoes, building materials, it even has its tentacles around modern LED bulbs, part of the state’s program to improve home lighting to save energy.

A 9 W bar, the substitute for the 18-20 fluorescent bar light, is being sold for 30 CUP officially, but these soon disappear from state-run stores to be sold for double the price.

A lot still needs to be said for our foreign readers so maybe they can unite their thinking with the majority of outraged Cubans, who have resigned themselves, when often they think that this black market is their only day-to-day option. 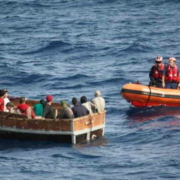 Is The US Encouraging Illegal Migration From Cuba? 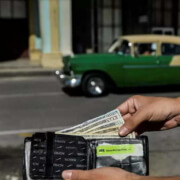