HAVANA, Nov 12 The protest that took place from early Monday on the outskirts of Zoonosis, Animal Observation Center located in the municipality of La Lisa, served to rescue several dogs.

One of the activists explained on Facebook that in addition to saving the lives of animals, they would have managed to ensure that the vehicles of this organization did not go out to capture other stray dogs. The defenders of the rights of animals and Zoonoses agreed to meet this Tuesday at the Provincial Center of Hygiene and Epidemiology.

The vindictive act has served to prevent the death of these animals, something that was celebrated by the activists.

One of the protesters also explained that two dogs remained under surveillance and that Zoonosis would have promised not to sacrifice them. 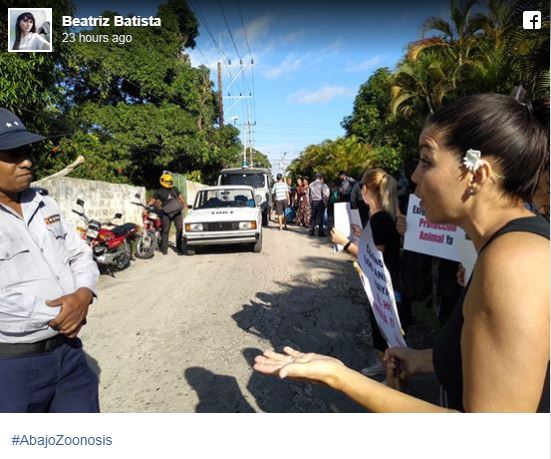 The Cuban group in Defense of Animals (CEDA) reported that a temporary home was needed to locate one of the rescued puppies.

This organization had already alerted hours before the protest that the collection of animals by Zoonosis was higher than usual and that many animals had lost their lives “in a few days.” 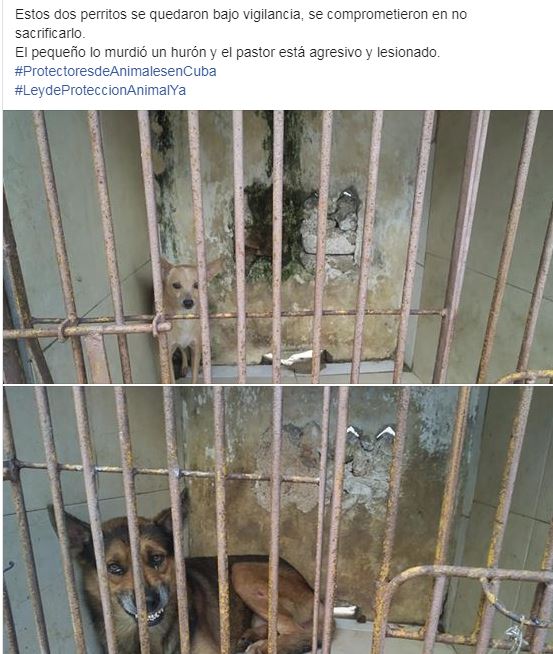 In fact, several activists denounced that the dogs were being slaughtered without waiting for the 48 hours set by the law.

The National Rabies Prevention and Control Program establishes that “the captured animals will be transferred to the Surveillance and Fighting Units / or Observation Center, where they will remain for 48 hours to guarantee the possible claim of their owners or adoption, after this time it will proceed to the sacrifice and the adequate sanitary disposition of the same “.

On the Change.org platform, a petition was requested requesting an Animal Protection Law in Cuba, which already exceeds three thousand signatures. 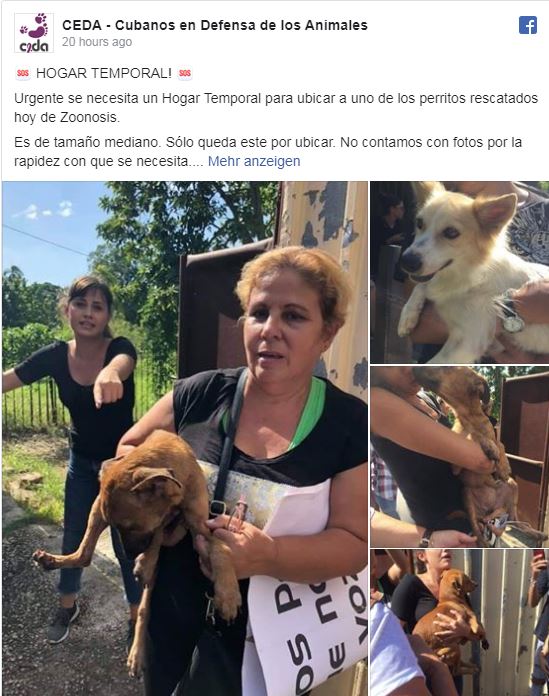 The campaign was launched by a user identified as “Nani,” who shaped the petition based on the alleged letter written by “Tobi,” a stray puppy that has hidden because he knows they are sacrificing dogs in Cuba for imminent visit of the Kings of Spain.

In August 2018, the Ministry of Agriculture announced that it was preparing a draft Animal Welfare Law, but since then nothing is known.