HAVANA, Oct. 24. The Cuban airline of Aviation announced on Wednesday the cancellation of its international flights to seven destinations and the impact on the national transfer,

after being notified by the leasing companies of the end of the contracts already subscribed.

Henceforth, their flights to Santo Domingo, Mexico, Cancun, Caracas, Port-au-Prince, Fort de France (Martinique) and Point de Pitre (Guadeloupe) are canceled, according to the airline in an official statement.

The airline also said that the destinations Holguin and Santiago de Cuba are the main affected in the national territory.

Arsenio Arocha Elías-Moisés, deputy director of the company, said that these measures will also impact national passenger transportation, adding that the readjustment of national routes will be announced in due course.

“The affected people will be reimbursed the total value of the ticket at the offices of Cubana,” said the official.

Of the international flights currently operating, only Buenos Aires and Madrid will remain active.

According to Elías-Moisés, due to this affectation, it is estimated that until December 31, about 40,000 passengers will stop transporting and about 10 million pesos will be lost in freely convertible currency.

Cubana de Aviacion said that these measures “are reliable proof of the upsurge and aggressiveness of the economic, commercial and financial blockade, sustained for almost 60 years against our country and bring, as a consequence, the exacerbation of economic damages, as well as non-compliance. of the commercial agreements contracted, which causes dissatisfaction in our passengers with the consequent impact on the image of Cuban companies. “

The airline blamed the situation on the measures announced on October 18 by the United States government, whose implementation affects the civil aviation sector on the Island.

Last Friday, the United States announced a new package of measures that limit the hiring of airplanes and packages and restricts the exports of goods to Cuba in the middle of the economic crisis that crosses the Island.

The measures, which entered into force on Monday, imply the denial of licenses for leasing aircraft to Cuban state airlines. Hereinafter, aircraft and vessels are not eligible for a license exception if they are rented or chartered by an island nation.

The Treasury Department also prevents the re-export to Cuba of equipment and products that contain more than 10% of US components.

These sanctions are the same applied to nations listed as sponsors of terrorism, a category from which Cuba was excluded by the Barack Obama administration in 2015. 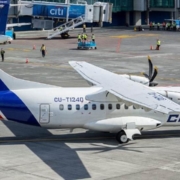 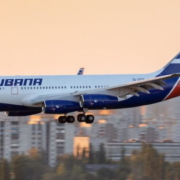 How The Pandemic Has Impacted Cubana De Aviación