Havana, Oct 28 (PL) The Cuban authorities consider that one of the sectors most affected by the US economic blockade against this island is tourism, as reflected in an official report.This opinion is corroborated by different aspects of the travel industry that, far from improving in these bilateral relations, get worse now, after almost 60 years of the US barriers that oppress the perspective of this nation.

Even on several occasions, the Cuban tourism minister, Manuel Marrero, recalled that Cuba the only country in the world that Americans have banned from traveling freely.

Therefore, Cuba vs. Blockade Report contains details of that war that is increasingly making the island economy worse. The document is Cuba’s report on Resolution 73/8 of the United Nations General Assembly.

Such text has as subtitle Need to end the economic, commercial and financial blockade imposed by the United States of America against Cuba, will be presented to that international body in early November.

The report points out that these affectations against this country caused losses to Cuban tourism worth about 1,383 million dollars.

This document indicates in general that the evaluation is carried out from April 2018 to March 2019, when the effects of the extraterritoriality of such pressures are increasingly appreciated.

In total, in all areas, these sanctions caused Cuba in the mentioned period losses in the order of four thousand 343.6 million dollars.

Just to name a few examples – the text emphasizes – the measure taken by Washington to eliminate general licenses for group-to-town group educational trips, aggravates the negative impact on the influx of Americans to the Island.

While the previous ban on travel from town to town on an individual basis, forced US travelers to visit Cuba under the sponsorship of an organization, the new measure completely suppresses the possibility of taking advantage of this category.

Although during the period there was an increase in the arrival of cruise passengers, the entrance of American visitors by air decreased by 28.6 percent.

This represented a decrease of 103,161 visitors compared to 2017 and had a negative impact on revenue collection.

The policy adopted as of June 5, 2019, by the United States government makes the situation much worse.

That policy comes to deny licenses to non-commercial aircraft and passenger and recreational vessels in temporary stay, including cruises to Cuba, which further damages US travel to the country, and revenues from this concept reflects the text. 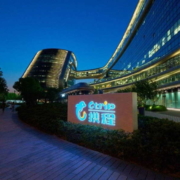 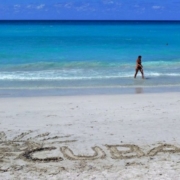 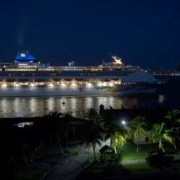