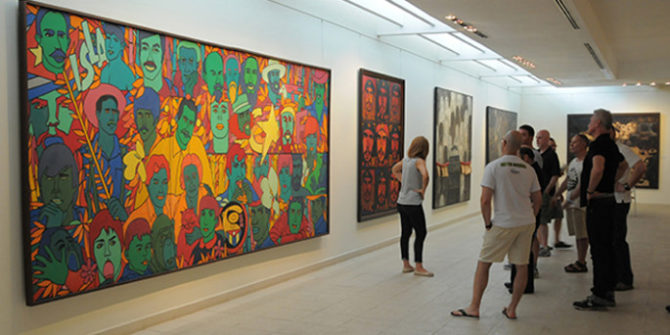 LA HAVANA, May 18th A Cuban man arrested near Athens last November is to be extradited to his homeland after a Greek appeals court rejected his claim that the charges of art theft against him were unfounded and that he was being sought by authorities in Havana because of his political connections.

Julio Cesar Serrano Barreiro, 37, was arrested in Koropi, eastern Attica, on suspicion of stealing 71 pieces from the National Museum of Fine Arts in Havana.

At the time, Barreiro was working at the warehouse of a bakery chain and living with his sister.

The 71 items in question were stolen from the museum’s storage area between August and November 2013. The paintings have been valued at a total of 575 million dollars.

Barreiro denied stealing the artworks, which have not been found in Greece, and claimed that he had worked in Cuba as a double agent on behalf of the CIA.

He claimed that his life would be put in danger if he is sent back to Havana but the Greek judges rejected this claim.