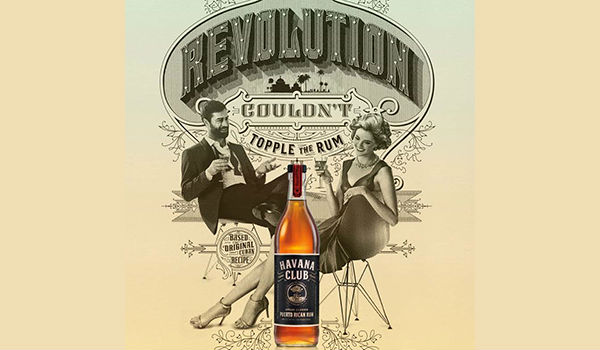 HAVANA, june 4th Bacardi has launched an eye-catching advertising campaign for its rum line “Havana Club,” signaling an ongoing battle between the company and the Cuban government over the iconic trademark.

Bacardi introduced a dark rum called Havana Club Añejo Clasico with an ad campaign that conjures the period in Cuba before the Castro revolution – “The Golden Age, Aged Well.” One of the campaign’s tag lines is “The Freedom, The Decadence, The Dazzle, The Glamour. If Only Someone Had Bottled It.”

The new rum is produced in Puerto Rico and double-aged in oak barrels, and will be selling in several U.S. markets this summer.

Fabio Di Giammarco, Global Vice President of rums for Bacardi, said to NBC News Latino that one of the reasons for the timing of their launch is because “we see a trend of consumers seeking authentic product stories, and Havana Club has a lot of story to tell.”

And during the past couple of decades, Havana Club truly has had a lot of story to tell. Bacardi, the largest privately held spirits maker in the world, says they are the rightful owners of Havana Club because they purchased the recipe and rights to the trademark from the family who founded it. They have been selling Havana Club since 1995.

But the French company Pernod Ricard says the trademark belongs to their Cuban partner Cubaexport. Pernod made a deal with Cuba’s communist-run government’s Cubaexport in 1993, to distribute their version of Havana Club around the world. The trademark was recently renewed by the U.S. Patent and Trademark Office.

To better understand the clash over the trademark, one must go back several decades. The Arechabala family was making rum in Cuba — under the name Havana Club – since 1934 and even selling it in the U.S. market. After the 1959 revolution, Cuban distilleries were seized by the Cuban government. The Arechabala family went into exile after losing their business, as did the Bacardi family. Bacardi, founded in 1862, was a top rum maker in Cuba before its assets were confiscated.

But the Bacardi business did not end after the revolution because they had already built distilleries in Puerto Rico and Mexico. After purchasing the Havana Club recipe and trademark from the Arechabala family in 1994, Bacardi applied for a U.S. trademark. But the Arechabalas’ registration had lapsed in 1973 and the Cuban government seized the opportunity and registered Havana Club as theirs. 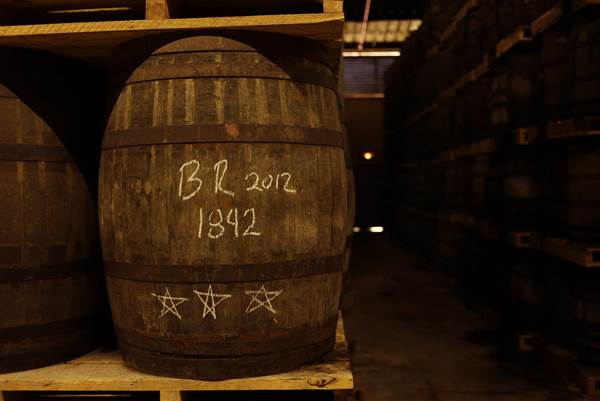 Bacardi and Cubaexport – along with Pernod – have been fighting over the trademark for the past couple of decades. Earlier this year, the U.S. patent office renewed Cubaexport’s registration of the Havana Club trademark. Until then, Cubaexport had not been able to renew the registration because the U.S. trade embargo prevented it from paying the registration fee. But the U.S. Office of Foreign Assets Control changed its mind in January and allowed Cuba to pay the fee and register Havana Club as theirs again.

“The legal battle is based on sound principles of protecting property rights from illegal confiscations without compensation. That should be a personal as well as a business principle to live by, believe in, and to protect,” said Rick Wilson, Bacardi’s Senior Vice President of external affairs and corporate responsibility.

The day the embargo is lifted, the Cuban government will be able to export its Havana Club to the U.S., which makes ownership of the trademark appealing to both sides.

In the meantime, the trademark showdown continues in U.S. District Court in Washington, D.C. 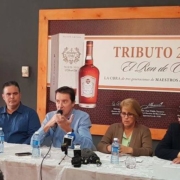 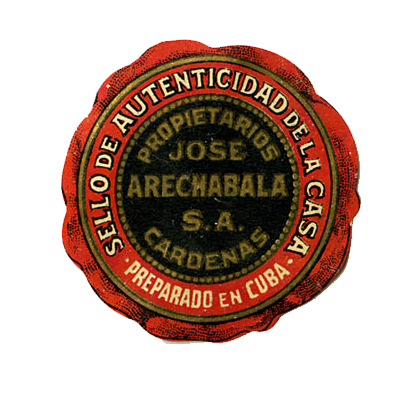