HAVANA, May 1th (Reuters) Millions of Cubans took to the streets on Wednesday in protest over new sanctions imposed on the Caribbean island by the Trump administration and US efforts to topple the government of socialist ally Venezuela.

“We will give a strong, firm and revolutionary response to the statements loaded with threats, provocations, lies and slander of the Yankee empire,” tweeted Cuban President Miguel Díaz-Canel as dawn broke over Havana.

The annual marches across Cuba, marking International Workers Day, provided the first opportunity to publicly protest a US offensive against socialism in the region declared by US national security adviser John Bolton late last year. That was followed by a series of new sanctions against Venezuela, Cuba and Nicaragua and the appearance of shortages of basic goods on the island. 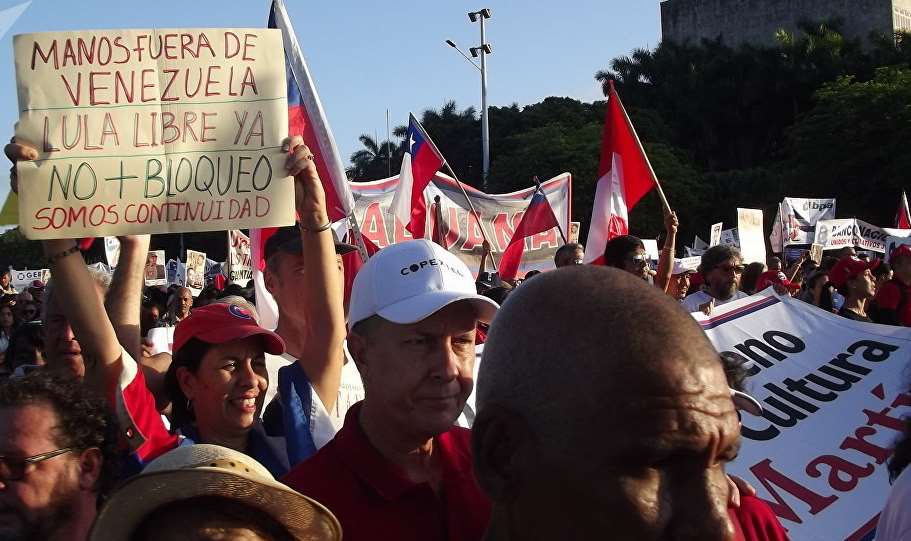 “We denounce the maneuvers aimed at destabilizing the left and progressive governments, particularly in Venezuela and Nicaragua,” according to a statement read at the start of the march in Havana’s historic Revolution Plaza.

The Cuban government has proved unable to counter new US sanctions and attacks on Nicaragua and especially Venezuela, Western diplomats say.

“They are doing what they can through diplomatic channels to support dialogue in Venezuela and certainly still have influence with African and other developing countries,” a European ambassador said.

“And they are certainly using the situation to strengthen political support at home and drum up support abroad where they can. There is not much more they can do,” he said. 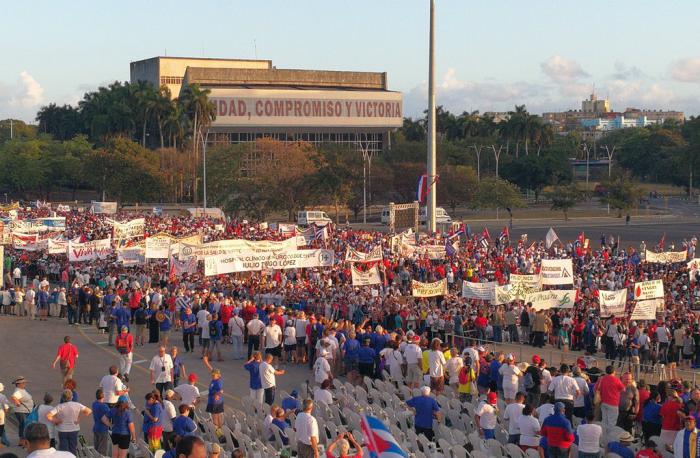 On Tuesday, Trump threatened a “full and complete embargo” and more sanctions if Cuban troops continued to prop up the Venezuelan government of socialist President Nicolás Maduro. Those remarks came after Bolton said there were more than 20,000 Cuban military personnel in Venezuela and that potential high-level defectors feared Cuba’s wrath.

Cuba has repeatedly denied it has troops on the ground.

“Bolton is a pathological liar who misinforms President Trump. There are no Cuban troops in Venezuela or Cubans participating in military or security operations,” Cuban Foreign Minister Bruno Rodríguez tweeted on Tuesday.

While the marches throughout Cuba were organized by the government, there is little doubt Cubans are in shock and angry over the rapid deterioration of relations with the US in recent months. They also see Venezuela as an ally and source of sustenance. 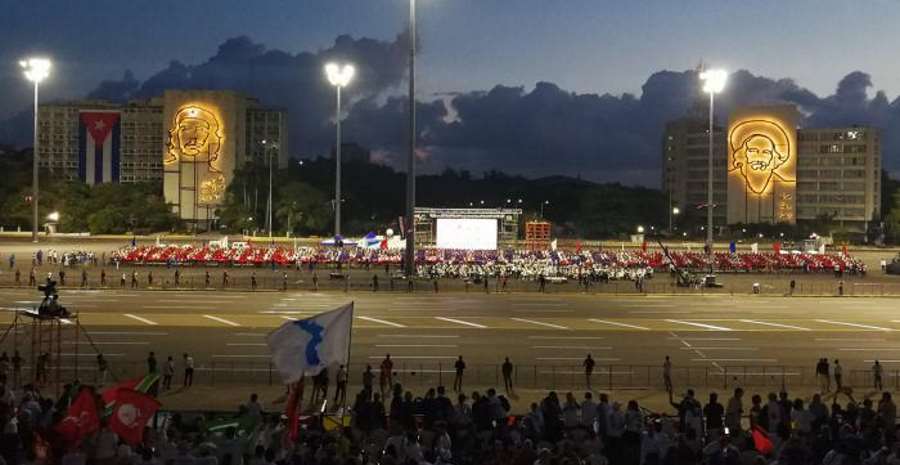 The once-robust economic ties between Cuba and Venezuela, which included an oil-and-cash-for-doctors barter arrangement, numerous joint ventures and other deals, have frayed since Venezuela plunged into crisis in 2015.

However, Venezuela still sends between 40,000 and 50,000 barrels of oil to Cuba, which has some 22,000 doctors and other professionals working in Venezuela, on both sides about half of the levels preceding 2015.

The US administration’s decision this month to fully implement the Helms-Burton Act as of Thursday, a 1996 law, marks a significant strengthening of sanctions on Cuba, according to experts.

Title I and II of the Act codify all previous sanctions into law and set conditions for Congress to lift them.

But previous presidents, both Republican and Democrat, suspended Title III, which allows US citizens, including Cuban Americans, to sue anyone profiting from their nationalized or confiscated properties.

They also failed to fully enforce Title IV, which bans executives and their closest relatives from the United States if they profit from those properties.

“Trump threatens us with doubling down on the economic blockade, trying to put a new rope around our necks,” said Eduardo Garcia, 55, a telecommunications technician, and one of an estimated million marchers in Havana. 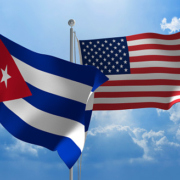 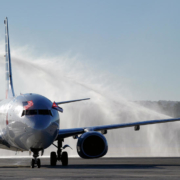 Trump threatens Cuba With a “full and complete embargo” over Venezuela ...

EU to shield its companies in Cuba via WTO, blocking U.S. sanctions –...
Scroll to top