HAVANA, Oct. 25th Minister of Domestic Trade Betsy Díaz attributed the situation to the “intensification of the U.S. blockade against Cuba,”

referring to the Trump administration’s most recent measures, which, she explained, have been felt “in the urgent need to prioritize the purchase of food instead of other items.”

The head of the Cuban Ministry of Domestic Trade (MINCIN), Betsy Díaz, acknowledged this Tuesday that the island is experiencing a shortage of toiletries and cleaning items, as well as other products of high demand such as tomato paste, beer, and cigarettes.

Díaz attributed the situation to the “intensification of the U.S. blockade against Cuba,” referring to the Trump administration’s most recent measures, which, she explained, have been felt “in the urgent need to prioritize the purchase of food instead of other items.”

The minister clarified in statements cited by the Cuban News Agency (ACN) that at present the Cuban industry can only ensure 50% of the population’s demand for toiletries and cleaning items.

She said that the supply of toothpaste will not fully recover until December, but instead, and as a substitute, she explained that in stores there will be a greater presence of toothpaste gel; she also acknowledged that, despite an increase in the production of household soap, there is still “irregularity” in the retail network, “because inventories have failed to recover.” 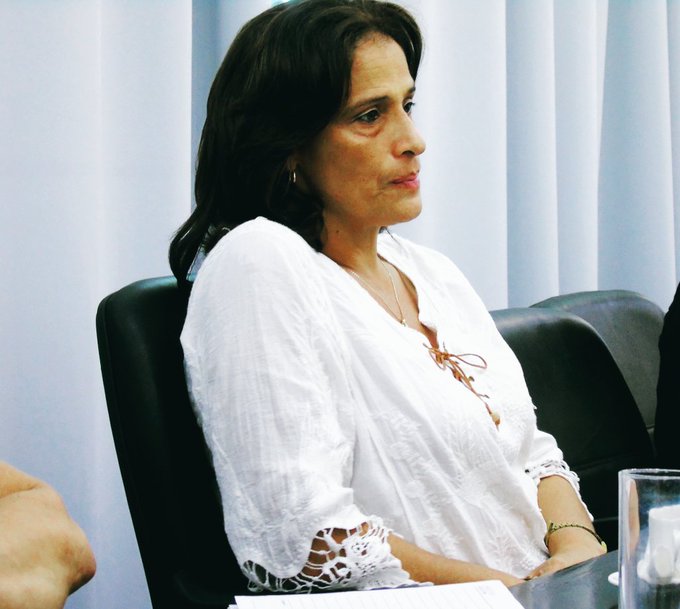 However, Díaz said that in the store chains the presence of household and bath soap, toothpaste―even when for the time being the industry will not be able to meet the demand―and detergent will continue to be sold, while “alternatives” are being assessed to continue buying from Unilever Suchel S.A., a joint venture that operates in the Mariel Special Development Zone (ZEDM), which manufactures toiletries, cleaning and household products.

Regarding the sale of tomato paste, a cooking product that has been in short supply for months, the minister of MINCIN regretted that today it is not an “economic option for the family,” because it was assumed by the network of stores selling in convertible pesos (CUC).

Wheat flour is another scarce product in the retail market. “This month we had a productive deficiency, also in matters of transfer and extraction from the mills, thus affecting this offer sold freely, which we plan to recover in the first half of November,” Díaz explained.

In addition, she acknowledged that “total stability” in oil supply has not been achieved, mainly in the eastern provinces, and she also referred to problems with the transfer of beer to Havana and other cities from the east of the island, where it is produced.

Cuba: Lessons from this “induced coma” in the economy
Redollarization of Cuba’s economy and the failure of the CUC
A momentary darkness ?
Cuba loosens restictions on private sector to stimulate economy
Cuban Communists under pressure to accelerate economic reforms
Cuba says economy shrank 11% in 2020, thwarts ‘soft coup’ attempts

What is known about the new stores in foreign currency for CubansU.S. bars flights to all Cuba airports except Havana beginning December 10
Scroll to top