HAVANA, Apr. 27th (AFP) Disguised as a sparrowhawk, and convincingly mimicking its predatory cry, a drone made of wood,

scrap metal and plastic disperse birds at a Cuban airfield.

From afar one could be fooled: soaring and swooping with its 1.3-meter (4.3-foot) wingspan, the mechanical bird flies autonomously for an hour at a time, and boasts impressive if somewhat stiff plumage.

It is the creation of a group of engineers keen to develop cheap, local alternatives to foreign-made technology on the communist island under US sanctions since 1962.

Eighty per cent of the mechanical bird is fashioned by hand — mainly in makeshift workshops set up at the homes of individual engineers, who largely have to make do with the most basic equipment and parts.

Much of the wood used comes from trees chopped down in parks near where they live.

“We have been stubborn in maintaining our desire to solve challenges,” said Ernesto Aragon, 50, a member of the Alasoluciones drone-making ensemble of five engineers and three technicians.

These challenges include finding material, overcoming technical setbacks, but also laws against private commerce on the island where almost everything is run by the Communist Party of Cuba (PCC). 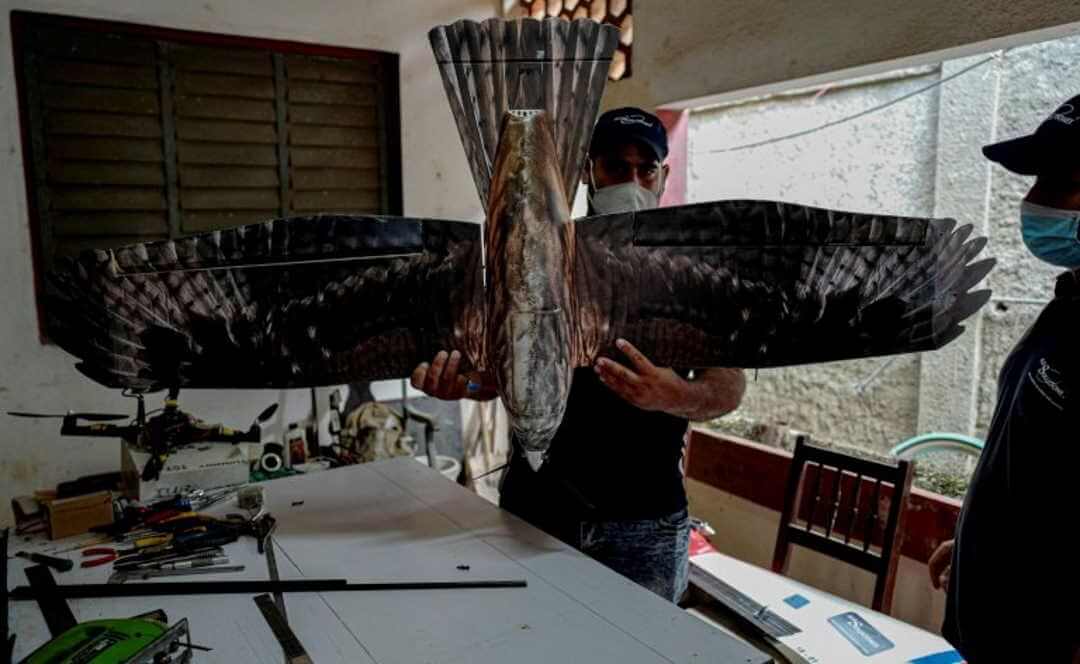 Eighty percent of the mechanical bird is fashioned by hand — mainly in makeshift workshops set up at the homes of individual engineers, who largely have to make do with the most basic equipment and parts / © AFP

On some days, the team works in Aragon’s garage among the rice and garlic fields of San Nicolas de Bari, a village of some 20,000 inhabitants 70 kilometres (43 miles) southeast of Havana.

A chocolate-coloured 1958 Ford Fairlane serves as transport, a work surface, and a mobile workshop when the team tests their mechanical birds outside.

Four years into their project, the engineers have managed to develop drones that function autonomously from takeoff to landing.

They have been put to use by the government to help farmers with crop observation, as well as to inspect gas lines, electricity installations and communications towers.

The team also has a government commission to provide a mechanical sparrowhawk to scare away birds at the Camaguey international airport, though this project has been placed on hold due to the coronavirus pandemic.

Ironically, even as it has found a client in the communist government, the Alasoluciones team has had to battle Cuban bureaucracy.

Under the law in the one-party state, private businesses are outlawed and the team has been unable to register a small profit-seeking enterprise. Until now.

In February this year, the government announced it would authorize individuals to register as private entrepreneurs rather than state employees in more than 2,000 economic sectors that were previously strictly under government control.

And at a leadership-electing PCC congress last week, Prime Minister Manuel Marrero said regulations were being finalized to allow for the registration of small and medium enterprises (SMEs) in a bid to boost innovation on the island.

In the meantime, last year, the government under President Miguel Diaz-Canel created a “science and technology industrial park” in Havana.

It functions as a state-owned trading company to stimulate technological development in expectation of the new law.

Entrepreneurs “have solutions that can replace imports,” the park’s boss, Rafael Torralbas, told local television. Cuba imports 80 percent of what it consumes. 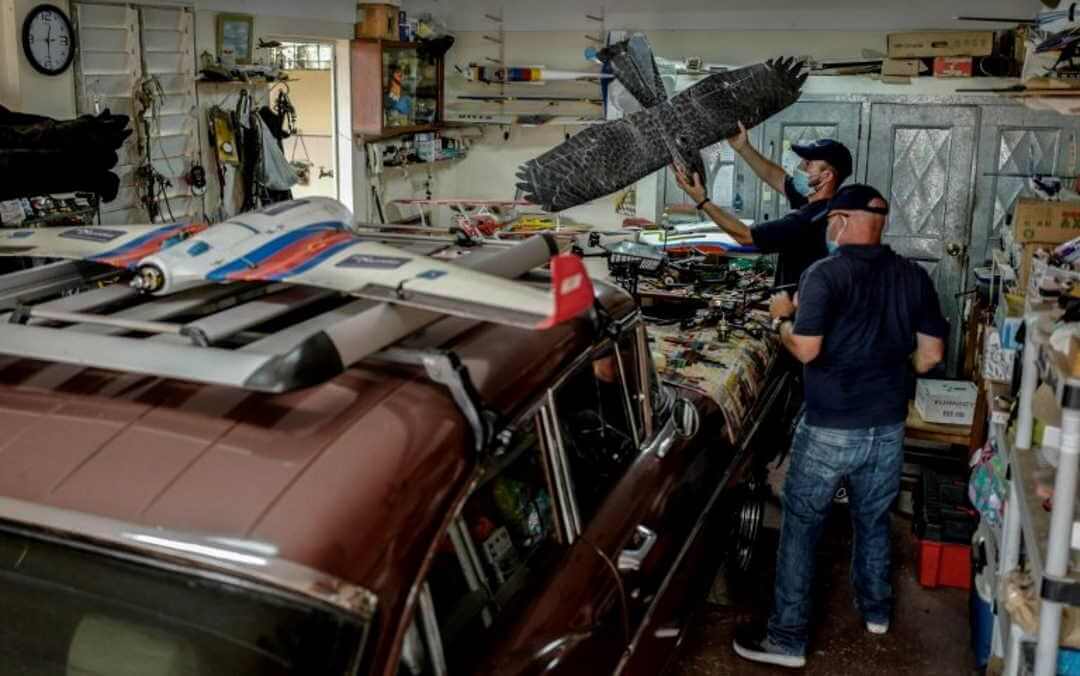 The team also has a government commission to provide a mechanical sparrowhawk to scare away birds at the Camaguey international airport, though this project has been placed on hold due to the coronavirus pandemic / © AFP

Alasoluciones is among the companies to take up a spot at the park, “so that when the SME law comes out, we are ready” to register as an SME, said Erick Carmona, the innovative group’s 35-year-old CEO.

Alasoluciones pays the park 10 percent of their income.

In return, it receives assistance with imports of parts, and an exemption on paying taxes and import duties for five years.

Despite now having a workshop at the industrial park in Havana, the Alasoluciones team members still often labor at home, far from the capital.

One of them, 50-year-old Deyvi Pastrana, is a man of few words but great skill.

On his patio, he builds drone chassis out of wood, fibreglass and resin.

It is “an example of using recyclable materials,” he told AFP, showing off a wooden mould he uses to shape a piece of hardware with a heat gun.

At an abandoned airport in San Nicolas de Bari, the team test their sparrowhawk drone, much to the admiration of the island’s aviation club president Rene Gonzalez.

“They are venturing into an activity that has a lot of potential for the economy of any country,” he said.