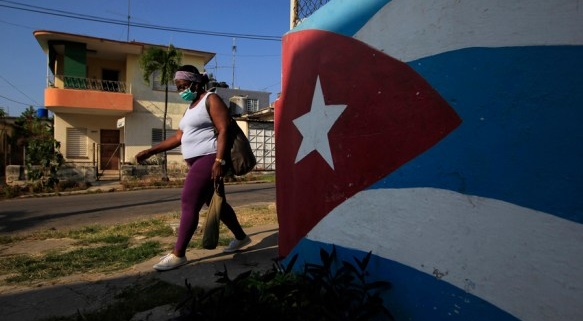 HAVANA, May 3th (IPSCuba) While there continue to be crowds in the street and long lines at retail stores, many people in Cuba think that more measures need to be taken in order to stop the spread of the new Coronavirus.

Different citizens have spoken out and asked the government to adopt further measures, especially when it comes to facilitating access to food and hygiene items without the need for standing in long lines at stores, while also calling on Cubans to be more responsible.

There are now 39 communities in the country which are in some form of quarantine or lockdown, and forecasts predict that the peak of the pandemic in the country will arrive earlier in the first week of May, with a drop in the number of potential cases to 2500 people, depending on how Cubans act in the coming days.

Previous forecasts had set the toughest moment in mid-May, with a critical number of 4500 Cubans infected, according to researchers at Havana University.

IPS Cuba has promoted different debates on it’s Facebook page, and here we will share some Cuban citizens’ opinions.

“People who don’t understand the risk after a month, will never understand it,” Yiso Navarro wrote. He also said that it would be advisable to order a curfew for two weeks. According to him, this would be the solution because “15 days of lockdown won’t kill us”, and it will help to strengthen the Cuban people’s mental health and discipline.

A curfew between 9 PM and 6 AM, and limited outings per day according to the last few digits of your ID card, Maite Otero suggests, who has been guided by measures implemented in other countries.

Pilar Tarrazo believes that it is a matter of the police making sure people respect distancing recommendations in lines. However, there are still crowds out in the street, especially at retail stores, even when there are police officers present.

Meanwhile, Raiza Martinez believes that people should only be able to buy until noon. She thinks that only one member from every household should go outside, be forced to wear a mask, other kind of protective equipment and to stand a meter away from anyone they see.

Some people believe these should be personal decisions, and that every individual should take responsibility for their actions. However, others insist that the government isn’t doing enough to control irresponsible movements of a citizen, which will have consequences for everyone around them.

Compared to some other regions in the country, providing support for those most in need in each neighborhood seems to be harder in Havana. At least this is what Yamile Valdes believes, who has said that representatives, social workers and Committees for the Defense of the Revolution members aren’t showing their competence right now.

Tania Rojas believes that rationing everything that people go looking for in stores is the solution to long lines and the risks these involve. She believes the rations booklet, which guarantees Cubans a third of their monthly diet at a subsidized price, could be used to make crowds disappear outside stores.

Enriquez Yakmel claimed that there were greater shortages during the Special Period (the official name for the toughest moment in the economic crisis that has endured since 1991), and people lived. In his opinion, the population lacks a true understanding of the real threat COVID-19 poses.

People who don’t respect government regulations and protection measures in lines can’t be given a 30-peso fine, he insisted. Fines have to be a lot higher, like in Spain, where you can get a 2,000 euro fine for violating these regulations, he said.

However, fines imposed for violating health regulations range from just over a dollar to 125 US dollars, and even a year in prison, according to the government.

Roberto Suarez adopts a more extreme stance. He thinks that food should be distributed using military vehicles going down each block, and calling on the representative of every household to go outside and buy what they need.

Amy Lopez asked that restrictions on purchases be rethought. She says that this is what forces people to constantly go outside.

“Do you think the Cuban people want to put themselves at risk every day? To not stay at home with their family and line up in never-ending lines instead? Nobody wants to do that. But, what are you going to do when you live in a household with quite a few people and they only give you one of each product at the store?” Lopez wrote.

Government authorities have recognized shortcomings in retail organization as one of the causes for crowding, which needs to be prevented in order to stop the virus from spreading.

Many of the solutions the State is designing don’t have any real impact on reducing the population’s hardship. For example, Lesly Robaina says that online stores aren’t representative because they don’t solve the problems of a very significant part of the population.

While the vast majority of the Cuban people believe that everyone has their own personal responsibility to uphold these measures, there are people who say that people don’t understand the real emergency and that’s because of health authorities.

Yoyi Fernandez said that a stronger message needs to be given about the danger COVID-19 poses. “They are still sugarcoating information about the real risk and that’s why people are confident,” she said.

Artists, athletes cling to their dreams on Havana’s rooftops