HAVANA, Jul 1th ( PL) In order to promote the development of national cinematography, the Cuban Institute of Cinematographic Art and Industry (ICAC)

today announced the second call for the Fund for the Promotion of Cuban Cinema.

On this occasion, the Icaic statement confirms the provisions of Agreement 8613 of the Council of Ministers of June 14, 2019 and the policy approved from Decree Law 373/2019 of the Independent Audiovisual and Cinematographic Creator.

This process, which has the support of the Cuban state and government, since it constitutes an opportunity to enhance the construction of Cuban cinema and strengthen the relationship of institutions with creators.

The document explains that the decision to launch the Development Fund in the midst of the complex circumstances that the country is going through, as a result of the Covid-19 pandemic, took place, after intense days of study and discussion on its cultural significance and feasibility. financial.

The second call opens in the categories of short films and feature films of fiction, documentary and animation, production of projects and raw operas, which adds to the modalities of the first stage: script writing, development and post-production.

According to the document issued by the Icaic with the support of the Ministry of Culture, the creators registered in the Records of the Audiovisual and Cinematographic or Literary Creator can apply, as well as creation groups according to what is established in its bases.

The receipt of the required documents will be made from June 8 to July 10, only digitally and the delivery must be made, according to the modality to which you want to apply, to specific emails.

Since June 2019, the Official Gazette of Cuba published the new decree-law that recognizes and regulates the employment status of the independent audiovisual and film creator, whose instrument turns them into economic entities with the possibility of being hired and hiring people to be able to carry out their work.

At the same time, it allows the creator to open current bank accounts, by providing it with a legal representation, recognized by the Ministry of Labor and Social Security, all the central organisms of the State and, mainly, before the Central Bank of Cuba.

The decree is in correspondence with the founding principles of the Icaic, an institution that celebrated its 60th anniversary in 2019 by establishing itself as the first revolutionary law in the cultural field. 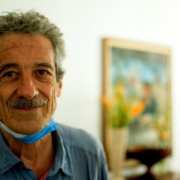