“We are very optimistic about the continuous growth of the Chinese market, because premium cigars are a relatively new product for clients in that country,” Lopez said following the opening of the 21st Habanos Cigar Festival, a five-day event that kicked off in Havana Monday.

In 2017, Habanos signed an agreement with the China National Tobacco Corporation, which oversees cigar imports. The company participated in the first ever China International Import Expo in Shanghai in November, and perceived the growing interest in Cuban cigars among Chinese consumers.

“It is an interest that we are responding to with greater presence in that market, along with training and increasing distribution at points of sale. We are very optimistic about the future,” said the executive.

Chinese consumers have a preference for Cohiba, the island’s most famous brand, he noted.

“Cohiba, being the main brand in terms of value, has a limited production due to the high level of quality we demand, which is why we have the challenge of raising Chinese consumers’ awareness that there are brands beyond Cohiba, such as Montecristo, Romeo and Julieta, Hoyo de Monterrey and Trinidad that are very high quality,” Lopez said.

At the opening of the Habanos Cigar Festival, the company announced that in 2018 it saw record-high global sales of 537 million U.S. dollars, a 7 percent increase over 2017.

“Sales have continued to grow in different markets, both in volume and value, maintaining a market share of around 70 percent in regions where we sell our brands,” said Ernesto Gonzalez, marketing manager at Habanos.

In terms of distribution by geographical area, Europe is in the lead with 53 percent of sales by volume, followed by Latin America and the Caribbean (18 percent), Asia-Pacific (15 percent) and Africa and the Middle East (14 percent).

“The high quality and exclusivity of habanos, along with their unique origin, make Cuban cigars a successful premium product around the world,” said Gonzalez.

This year’s festival, which draws some 2,200 industry leaders and aficionados from 70 countries, is joining the 500th anniversary celebrations of the founding of Havana by launching limited edition cigars of brands most related to the Cuban capital.

“San Cristobal de La Habana marks 20 years (in production) in 2019 and the festival dedicates part of its official program to the brand and the 500th anniversary of the city,” said Gonzalez.

As part of the program of activities, festival goers will visit plantations in Vuelta Abajo, in the western province of Pinar del Rio, considered to be the best land in the world for growing tobacco.

Guests will also visit cigar factories in the capital and participate in conferences, blind tastings, presentations of famous brands, contests and the traditional auction of humidors at the closing gala dinner, whose funds are donated to the Cuban health system.

Founded in 1994, Habanos S.A. markets hand-rolled Cuban cigars through 144 points of sale across Cuba and more than 700 establishments in more than 150 countries around the world.
(Xinhua) 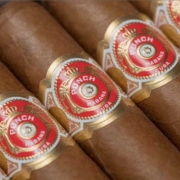 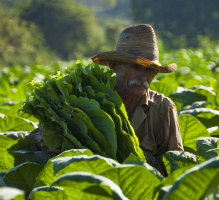 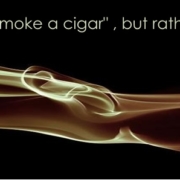 Cuba eyes Qatar, Algeria for oil with Venezuela in crisis