HAVANA, May 16 (PL) Cuba”s ambassador to Monaco, Elio Rodríguez, concluded his visit to the Principality on Wednesday, during which he completed an extensive work program.

According to diplomatic sources, the agenda included meetings with Gilles Tonelli, Minister of Foreign Affairs and Cooperation of Monaco; Anne-Marie Boisbouvoir-Ancian, Counsellor for International Affairs of the Cabinet of the Sovereign Prince; among other authorities. 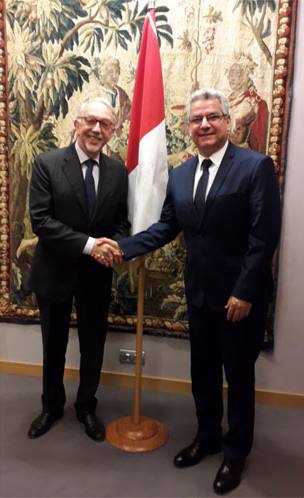 The Cuban diplomat also held meetings with Justin Highman, director of Monaco Invest, department of the Economic Board of the Principality; Jose Badia, deputy and president of the Foreign Relations Commission of the National Council (parliament); and with Jean-Pierre Pastor, Honorary Consul General of Monaco in Cuba.

According to a statement, the dialogues with the various Monegasque authorities made it possible to assess the favourable state of bilateral relations and demonstrated the potential for their development in the political, economic-commercial and parliamentary spheres.

During the visit, the island’s ambassador was accompanied by the third secretary of the Cuban embassy in France, Justo Rodriguez.