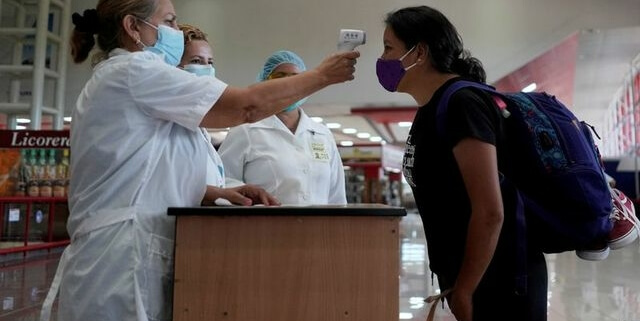 HAVANA, March 21st  (Reuters) Cuba announced on Sunday it would vaccinate 150,000 frontline workers as part of the final phase of a clinical trial

of the country’s leading COVID-19 vaccine candidate amid a surge in cases.

The shots using the Soberana 2 vaccine will start Monday and target medical and other personnel at high risk, the authorities said.

“Cuba could immunize 150,000 people immediately from COVID-19, as the phase 3 trial of this vaccine is demonstrating it is very safe,” Foreign Trade and Investment Minister Rodrigo Malmierca tweeted.

Soberana 2 has been in the final phase of a clinical trial for the past three weeks involving 44,000 volunteers from the general population.

The Caribbean island nation, which has long experience with developing and exporting vaccines, is one of a handful in the region that have not started vaccinating against COVID, as it is counting on its own candidates.

Cuba is going through its worst coronavirus outbreak since the start of the pandemic after opening its borders late last year.

The island of 11 million inhabitants is registering 600 to 1,000 new cases each day, well above the scores or a handful per day for most of last year. Since the pandemic started, the country has reported 65,000 cases and 387 deaths, one of the lowest rates in the world per capita. (Graphic: tmsnrt.rs/34pvUyi)

The government has vowed to vaccinate the entire population this year with one of its five experimental shots in development.

These are the offers of the new “Food-Truck” in Havana