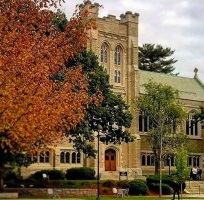 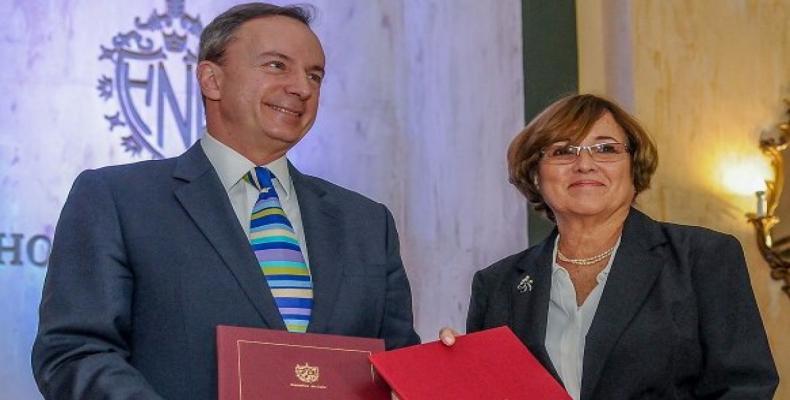 HAVANA, 17 Dec (EFE) .- The University of Harvard (Massachusetts, USA) and the Ministry of Higher Education in Cuba signed on Saturday a memorandum of understanding that would facilitate future collaborations in scientific research, as well as the promotion of joint publications.

The agreement, which also includes the training of graduate students, was signed in the Cuban capital by Cuban Vice Minister Aurora Fernandez and Harvard Vice Chancellor Mark C. Elliot.

Under the agreement, both parties agreed to promote academic links through the training of graduate students, the development of scientific research and joint publications, reports the state-run Cuban News Agency.

“At Harvard we are very proud of the work done in Cuba in terms of academic and research development,” said Elliot, who recalled the similar agreement signed between his institution and the University of Havana in 2006.

He added that this is a special occasion to celebrate this collaboration, which must be strengthened in the “difficult moments” that the relationship between the two countries is experiencing, which restored diplomatic relations in 2015 after more than half a century of enmity.

Aurora Fernandez stressed in turn that this memorandum “is the result of months of understanding.”

The Cuban Deputy Minister of Higher Education insisted that, “in spite of the tense diplomacy between the two governments has become from the rise of (US President) Donald Trump to power, the agreement will expand the relations of the American university with other academic institutions of the country “.

Cuba and the United States had a sweet moment in their relations since the former US President Barack Obama and his counterpart Raul Castro promoted a “thaw” in relations at the end of 2014, which had as a climax the resumption of diplomatic ties, the reopening of embassies and Obama’s visit to Havana, in 2016.

The governments of both nations agreed to collaborate in several areas, including education, health, culture, the fight against drug trafficking and immigration issues.

However, Trump’s arrival in the White House slowed down the new stage of “normalization” of relations and meant a shift in US policy towards the island.

The general director for the USA of the Cuban Foreign Ministry, Josefina Vidal, acknowledged yesterday that the first adverse effects of the US policy change “they are already making themselves felt”, although he reiterated Cuba’s willingness to continue the dialogue and cooperation “without impositions or conditions”.

Vidal mentioned, among other effects, that the trips of Americans to the island began to fall after registering a spectacular growth in the two previous years and has been paralyzed of the cooperation in the matter of health and environment.