“It’s not uncommon for us to go door to door like this,” she said. “We’ve done it in the past when we’ve had dengue outbreaks.”

Desperate for tourist revenue, Cuba closed its border later than most other countries in the region. But ever since the communist-ruled island shut out the outside world in late March, it has thrown everything but the kitchen sink at the virus.

The state has commanded tens of thousands of family doctors, nurses and medical students to “actively screen” all homes on the island for cases Covid-19 – every single day. That means that from Monday to Sunday, Dr Caballero and her medical students must walk for miles, monitoring the 328 families on her beat.

“There’s no other country in the hemisphere that does anything approaching this,” said William Leogrande, professor of government at American University in Washington DC. “The whole organization of their healthcare system is to be in close touch with the population, identify health problems as they emerge, and deal with them immediately.

“We know scientifically that quick identification of cases, contact tracing and quarantine are the only way to contain the virus in the absence of a vaccine – and because it begins with prevention, the Cuban health system is perfectly suited to carry out that containment strategy.” 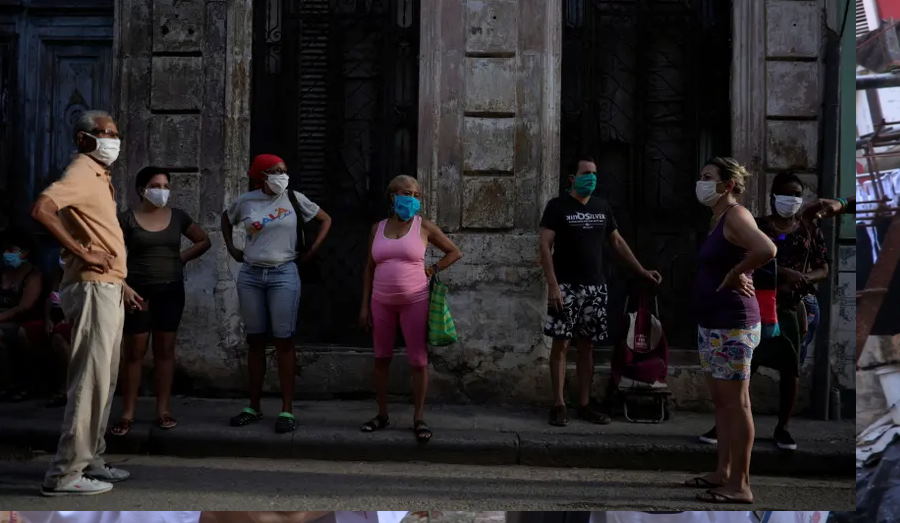 People queue to buy food amid concerns about the spread of the coronavirus outbreak, in downtown Havana last month. Photograph: Alexandre Meneghini/Reuters

Cuba has so far reported 2,173 confirmed cases of and 83 deaths from coronavirus. Everybody who tests positive on the island is hospitalised. People suspected of carrying the virus are put into state-run “isolation centres”, usually for 14 days.

Alejandro Gutiérrez, a 26-year-old French teacher, decided to leave Havana in April to wait out the pandemic in his native city of Trinidad. He and his family were stopped at a military checkpoint and sent to an isolation centre where they were confined inside a disused holiday villa.

Though they weren’t allowed out of the villa, the family was scared of contracting the illness on-site. Food was left outside their door, and three times a day they received checkups from a doctor. After three days his family tested negative and were allowed to enter the city.

As he was travelling from the capital, where cases were rising, to a city with no active cases, Guitiérrez considered the measure was “severe”, “rigid” but “for the common good”.

Gail Reed, editor in chief of the journal Medicc Review, believes Cuba’s universal health system has allowed the government to “direct a unified rather than a fragmented strategy”.

“Asymptomatic cases are identified through contact tracing followed by antibody testing and, when positive, a PCR [polymerase chain reaction test, which can find viral particles on a person] for confirmation,” she said.

This tracing and isolation regime is made possible by human resources. Cuba has the highest doctor-to-patient ratio in the world (even when the 10,000 or so doctors currently working abroad are subtracted from the total). And while health spending was cut during Raúl Castro’s time as president (2008–2018), the island spends a higher proportion of its GDP on healthcare than any other country in the region. 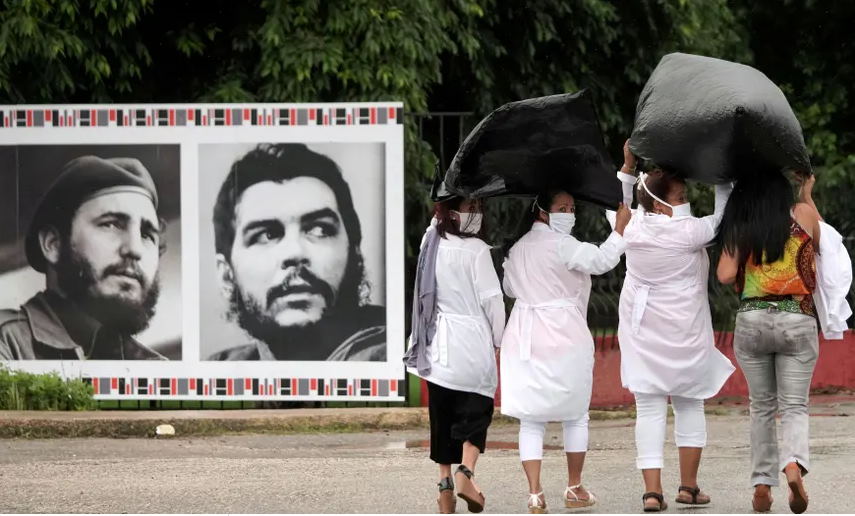 Cuban doctors, protecting themselves from the rain with plastic bags, pass by images of Fidel Castro and Che Guevara before departing to Kuwait to assist with the coronavirus outbreak, in Havana on Thursday. Photograph: Alexandre Meneghini/Reuters

While 30% of the 630 million people in Latin America and the Caribbean have “no access to healthcare for financial reasons” according to the Pan American Health Organization, everybody in Cuba is covered.

But the state’s response also involves coercion. A recent study published in the Lancet found that while “institutional-based isolation” is more effective at containing Covid-19 than “home-based isolation”, countries in Europe and the US struggle to set up isolation centres “due to a lack of social acceptability or negative public perceptions”.

In Cuba, there is no judicial recourse to enforced isolation. The use of face masks in public is mandatory, and people who refuse to wear them can be fined or even jailed.

And the 28,000 medical students “mobilised” to help doctors and nurses to detect symptoms and trace contacts must comply if they want to graduate.

At the beginning of this pandemic, President Donald Trump in the US called Covid-19 a “hoax”. Brazil’s president, Jair Bolsonaro, has called coronavirus “the little flu”, attended rallies, and sacked health ministers calling for social distancing.

At a time when eccentric, anti-science populists run the region’s most powerful countries, Cuba’s evidence-based approach – and strict enforcement – sets it apart.

“Their real success has been applying the most important public health measures that physicians around the world know are effective,” said Reed. “And they’ve had the political will to make it work.”

First published in the  www.theguardian.com 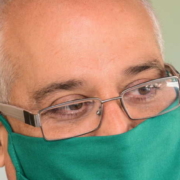 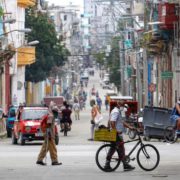 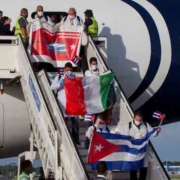 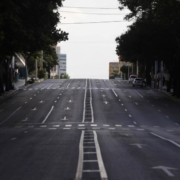