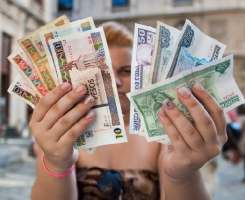 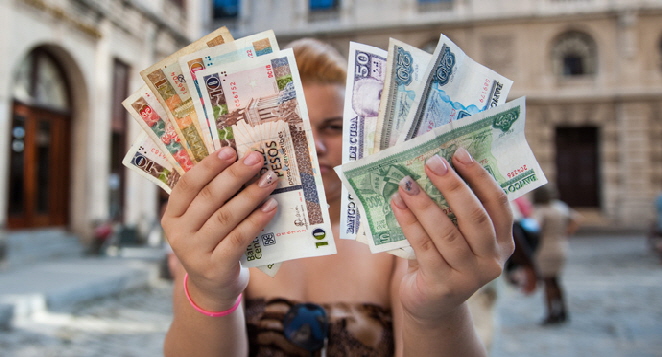 HAVANA, Feb. 14th(AFP) For more than two decades, Cubans have used a unique dual currency system to protect a fragile economy, but with just weeks of his mandate remaining, President Raul Castro has signalled much-delayed change is finally coming.

Plans to scrap the divisive system were first mooted in 2003 as part of a series of market-oriented reforms introduced by Castro, who is due to step down in April.

Now, after years of delays, authorities on the Caribbean island are finally expected to bite the bullet and begin consolidating the two currencies, despite fears of a shock to the economy.

“This issue has taken us too long and it cannot be delayed any longer,” Castro said in a speech in December.

The government has resisted any commitment to a timetable, but many observers believe a meeting of the Central Committee of the Cuban Communist Party (PCC) next month will finally set the process in motion.

The country has had two currencies since 1994 when it introduced the Cuban Convertible Peso or CUC — alongside the Cuban Peso, the CUP — as part of measures to protect the economy in the wake of the collapse of its biggest sponsor, the Soviet Union.

The CUC, originally used exclusively for foreign trade and in the tourism industry before gradually seeping into the normal economy, is worth about 25 times the CUP and pegged to the dollar.

The dual currencies created a two-tier class system in Cuba, which favoured those with access to the lucrative tourism sector through hotels, restaurants and foreign trade.

Prices are labelled in both currencies: a small can of cola costs 1 CUC or 25 CUP. Whether you pay with one or the other “it’s the same thing, a bottle of oil costs the same either way,” said 68-year-old retiree Marlen Leyva.

With the CUC, the state allows its companies to import at a preferential exchange rate — a dollar for a Cuban peso. The distortion allows state entities to ensure their margins while offering the public affordable prices in a country where the average monthly salary is around $30.

But the current system masks inefficiencies in the state sector, economists say.

“The monetary duality is causing difficulties to evaluate the economy and competitiveness,” said economist Omar Everleny Perez, citing a complicated relationship with international markets, already hampered by a US trade embargo in place since 1962.

Cuba has said that the original national peso would remain and the CUC would be consigned to history.

The head of Cuba’s reform commission, Marino Murillo, said in December a group of 200 specialists were working on the issue and the that “the convertible peso would be phased out,” without giving further details.

The European Union, which oversaw the conversion of a number of European currencies to the euro, has offered to assist the Havana government with the delicate move.

In preparation for the change, 200, 500 and 1000 CUP bills were issued in 2015 to facilitate less cumbersome payments. Even so, a refrigerator which costs anything from 700 CUC in Cuba officially has to be paid in local currency, or 17,500 CUP.

Consolidation will complicate life for state firms, which account for 85 percent of the economy. Economists predict importers will see their costs rise and transfer them to the final consumer, generating a hike in inflation.

It will benefit state exporters, who will see a surge in their earnings.

Theoretically, state-owned enterprises will have to import at a “normal” exchange rate, but many economists believe that Havana will not have enough foreign reserves to sustain it.

On the other hand, in the new system the few Cuban businesses exporting abroad would receive more Cuban pesos, and could partly offset the impact on the economy.

“The sectors that benefit could be in a position to pay better wages, but companies that are penalized should close or merge,” said leading economist Pavel Vidal.

And the fear of higher prices could cause excess demand, difficult to accommodate on an island that imports 80 percent of what it consumes, said Perez, who anticipates imbalances in the short term.

For Perez and other economists, that is a worrying prospect when the “libreta” — the ration book — no longer covers a family’s monthly needs.

Perez said it is essential the government supports the reform by increasing openness to foreign investment and the public sector, in order to stimulate foreign exchange inflows and increase purchasing power.

Foreign companies had already positioned themselves to take advantage of the shift, “because they do not really care about the American embargo,” he said.

Cuba’s National Ballet, Biggest in the World, to Perform in US