HAVANA, Oct. 16th Cuba gradually normalizes its international air traffic, and many residents inside and outside the island wonder if there are options available to travel. Several airlines already offer tickets on their web pages, including Iberia, American Airlines, Condor and Viva Aerobus.

Most anticipated the announcement of the regime that authorized the entry of international flights to the island as of this October 15. Havana, Sancti Spíritus and Ciego de Ávila will remain closed as long as their infection rates do not drop.

German airline Condor announced that as of October 31 it will begin to make three weekly flights. These flights are bound for Varadero and originate from the cities of Frankfurt and Düsseldorf. Flights will take place on Tuesdays, Fridays and Saturdays Y will have an approximate cost of 700 euros, round trip.

Air France will carry out several humanitarian flights already planned in the month of October, on October 2, 16, 30 and 31. The price of these flights is $ 474. However, it has not confirmed operations between Havana and Paris as of November.

The Spanish company Iberia It will operate two weekly flights to Havana starting in November. Trips to Cuba are scheduled on Fridays and Sundays.

Aeroflot For his part, he announced that he would restore trips to the island from October 14, with two destinations for the moment: Cayo Coco and Santa Clara, from the city of Moscow.

The airline American Airlines, the largest volume of flights to the Caribbean, announced that it will return to the island as of November 4, from Houston and Miami. The resumption of trips depends on the reopening of the international airport “José Martí”.

The American airline Jet Blue offer tickets to Cuba starting next November 2. The travel company low cost would take off from Fort Lauderdale, Florida, bound for Havana at an approximate cost of USD$600, as advertised on its website.

The Mexican Viva Aerobus announces flights to Cuba from November 3. The route connects the cities of Cancun, on the Yucatan peninsula, and Camagüey, to the east of the island. The roundtrip flight has an approximate cost of 8,500 Mexican pesos, about USD 425, according to the company’s reservation console.

José Martí International Airport will be closed until October 31. New airlines are expected to confirm flight schedules to Cuba in the coming days.

Cuba currently receives Canadian vacationers, who since September 4 arrive on weekly flights to the keys in the center of the country, where sanitary and security conditions have been created for their stay.

This includes carrying out free exams for the detection of the SARS-CoV-2 coronavirus (PCR) and security protocols in hotel facilities, which have been certified to serve international tourism.

Tourism is Cuba’s main source of income and the regime has done everything possible to maintain the flow in its hotels. Among the measures was to open the facilities to Cuban vacationers, few in general, but preferable to having empty rooms.

*We just want readers to access information more quickly and easily with other multilingual content, instead of information only available in a certain language. 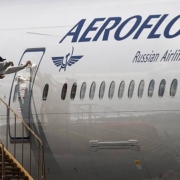 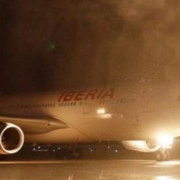 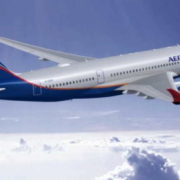 TUI will restart flights to Varadero from the UK