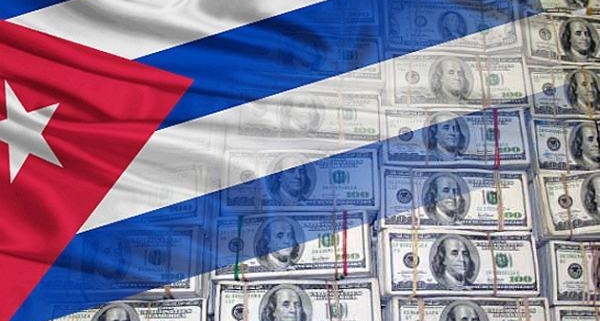 HAVANA, Oct. 25 (Reuters) Cuba paid the third installment of a renegotiated debt of US $ 2,600 million to 14 nations this week, diplomats said, and also signed 10 investment agreements as part of the first swap that it has signed since the 1959 Revolution.

Cuba reached an agreement in 2015 with members of the Paris Club, formed by creditor countries that pardoned US $ 8,500 million of a debt of US $ 11,100 million that was not fulfilled until 1986, as well as other credits.

The reimbursement of the remaining debt was restructured until 2033. Cuba paid approximately 60 million dollars last year and almost 70 million this year of maturities as of October 31.

The pact was signed when relations between the United States and Cuba improved under the presidency of the Democrat Barack Obama, which also allowed Havana to strengthen ties with other Western nations. Cuba is not a member of the International Monetary Fund (IMF) or the World Bank (WB).

Spain and France, two of the main creditors, are the only countries that have successfully negotiated the swaps, according to diplomatic and business sources with knowledge of the pacts.

“The government of each participating creditor country or its appropriate institutions can sell or exchange in the framework of the debt swap” a large proportion of the remaining debt, according to the Paris Club agreement seen by Reuters.

The agreements frequently include the establishment of countervalue funds -which have an estimated combined value of around US $ 750 million of the 2,600 million owed- that allow a percentage of the money owed to be discounted in exchange for local joint development projects.

Spain and France, two of the main creditors, are the only countries that have successfully negotiated the swaps, according to diplomatic and business sources with knowledge of the pacts.

Spain has signed nine projects in support of joint ventures and other Spanish initiatives for the manufacture of cardboard boxes, aluminum structures, railway services, scaffolding and other items to which Cuba contributed the equivalent of some US $ 24 million from the fund.

While a French project, of US $ 46 million to develop livestock and dairy products in the central province of Camagüey, is in operation together with the development bank of France and to which the island contributed the equivalent of US $ 6 million.

The sources said that other projects, including infrastructure, were under discussion and could also involve the European Union and regional development banks.