considered the most complex of the economic transformations undertaken in the country in the last three decades due to its strong impact on the economic fabric and society.

Its definitive implementation, after postponing the process announced in 2013, begins in the midst of the tense and chronic economic crisis that Cuba is dragging on, aggravated by the negative effect of the COVID-19 pandemic and the strengthening of sanctions by the U.S. government.

In addition to coinciding with the beginning of the New Year, the “Day of Liberation” is celebrated in Cuba, one of the main dates on the official calendar, which on this occasion commemorates the 62nd anniversary of the coming to power of the revolution led by Fidel Castro in 1959.

This unavoidable reform to update the Cuban socialist model implies a readjustment of salaries and pensions, the removal of subsidies and an increase in the prices of goods and services, whose price will multiply.

In this way, Cuba has entered the complicated path of unifying its two currencies―the Cuban peso CUP and the convertible CUC, which will disappear from circulation within six months―as well as the elimination of a series of economic distortions caused fundamentally due to the diversity of existing exchange rates.

As of this date, the Cuban convertible peso CUC―artificial currency parity with the dollar put into circulation in 1994―will disappear and the Cuban peso CUP, the single currency with the legal denomination for all operations, is devalued against the dollar at a rate of the fixed exchange rate of 1 USD for 24 CUP.

Until now, the official exchange rate was one CUC for 25 CUP for the population and the private sector, but it imposed a strong devaluation of 1 CUC=1 CUP for state enterprises.

Although this measure is recognized as necessary, economists, the population and its promoters do not ignore that the greatest danger that the end of the monetary and exchange duality can bring is inflation, due to the rise in the prices of goods and services, despite the increase of income implied by the announced implementation of a wage reform and social assistance benefits.

The “task of monetary reorganization”―official term that identifies this measure―has involved, among other measures, the updating of the workforce, the change of denominations of CUP banknotes, and the rise in prices of the basic products on the ration book, in force since 1962, and for services such as electricity, telephone and transportation.

Precisely, the rise in electricity rates up to 500 percent compared to current prices caused a general malaise among the Cuban population, which turned its complaints and criticisms into comments at street level and on social networks, a means increasingly used by Cubans as a space for public opinion.

To this, the Cuban Government responded this week with the announcement of a modification for all consumption segments into which the electricity tariff is divided, which will be applied from the beginning of 2021. 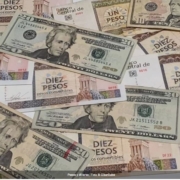 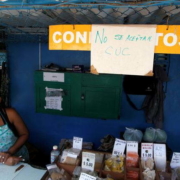