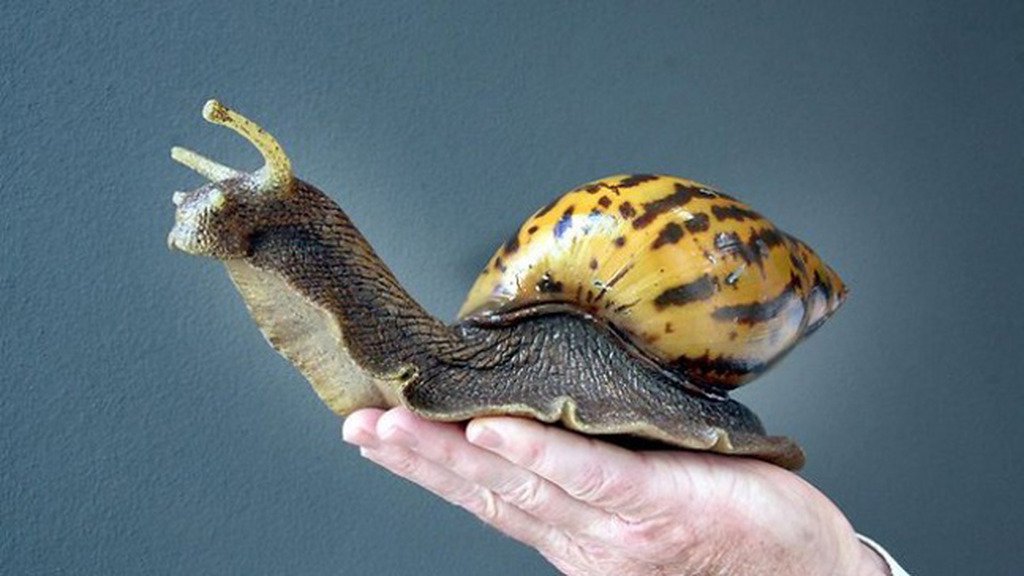 HAVANA, April 27th   Cuban authorities have confirmed the presence of giant African land snails, an invasive species that’s potentially harmful to humans and agriculture, in the central and eastern regions of the island.

The specimens found were “destroyed and buried”, Rafael Borges, director of the Hygiene, Epidemiology and Microbiology Centre in Caibarien, Villa Clara province, said on Thursday.

The authorities there have also launched an effort to rid the area of any existing snails, reports Xinhua news agency.

The species was found in the courtyard of a house planted mostly with mango and banana trees, researcher Abelardo Mendez told the Sierra Maestra newspaper.

The African giant snail, or Achatina fulica, is originally from the rain forests of eastern tropical Africa, and was first detected in Havana in 2014.

The adult snail, which may exceed 20 cm in length, is considered one of the worst snail pests of tropic and subtropic regions, according to Global Invasive Species Database. The snail has been listed among the 100 most harmful invasive species in the world since 2000.

It spreads very quickly and usually displaces part of the local fauna due to its great reproductive capacity, which allows it to deposit more than 1,000 eggs per year on the ground.

According to the International Union for Conservation of Nature, the snail is considered the main vector globally of the rat lungworm parasite, which can lead to a rare form of meningitis called eosinophilic meningoencephalitis in humans.
(Agencies)

Cuba’s Coffee, Cocoa and Coconut Productions on the rise
Scroll to top