HAVANA, Mar 31 (P L) Graphic humorists from 43 countries are competing in Cuba from March 31 to April 3 in the framework of the 21st International Graphic Humor Biennial in San Antonio de los Baños, southwest of Havana.

With a constant call to defend peace, the Humorists and Cartoonist Guild of the Association of Cuban Journalists (UPEC) and the Humor Museum in San Antonio de los Baños sponsor this meeting between foreign and Cuban professionals.

According to one of the members of the organizing committee, the journalist Jorge Legañoa, more than 1,300 works by artists from 55 nations were received this year, and 299 works by authors from 43 countries were chosen for the competition. 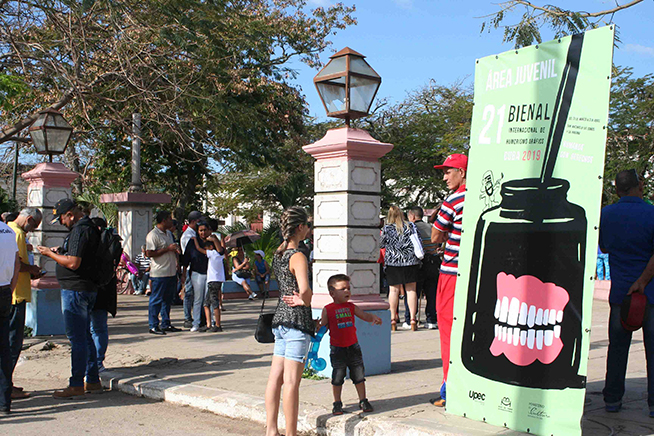 Humorists from Mexico, Puerto Rico, El Salvador, Portugal, Russia, the United States, Japan and Belgium came to Cuba to give keynote speeches and take part in workshops, exhibitions and other activities as part of the event, which this year is being held under the motto ‘Humans with Rights.’