HAVANA, April 11th  (AFP)  Cuba hit out at the United States on Friday over its nearly 60-year-old embargo against the island nation, which Havana described as “even crueller” given the suffering caused by the new coronavirus pandemic.

The communist-run single-party island is finding it tough to source medical supplies and has already recorded 564 coronavirus cases and 15 deaths.

“The United States’ economic-financial blockade is the most unfair, severe, prolonged system of sanctions of all time by one country against another,” said Nestor Marimon, the health ministry’s international relations director.

“The health system is the most affected because it affects the wellbeing of our people.

“The blockade is even more cruel and genocidal than it normally is … when we don’t have an epidemic.”

First imposed on October 19, 1960  in response to Havana’s nationalization of US-owned oil refineries, and extended in 1962, the embargo is an enduring legacy of the Cold War hostilities between the two countries.

It has been denounced 28 years in a row by the United Nations.

The sanctions imposed by Washington have since 1992 permitted medicines to reach Cuba, as long as they’re exclusively for the use of the people.

But many banks and companies fear being hit by sanctions themselves for engaging in commercial activity with the island nation.

Donald Trump has ramped up the embargo since assuming the US presidency, making it harder for other countries to send supplies there.

Cuba complained recently that a shipment of test kits, masks and respirators donated by the Chinese Alibaba group didn’t arrive because the American company tasked with transportation feared to breach US sanction rules.

“It’s very difficult to buy equipment, supplies, medicines. We’re forced to buy them in faraway markets that double, triple the costs and on many occasions, they arrive late,” said Marimon.

He said the sanctions caused “$160 million in damages to the health ministry” between April 2019 and March 2020, $60 million more than the year before.

He said the total losses since the sanctions began in 1962 was three billion dollars.

Recently, the Oxfam charity blasted the US over the sanctions and called for them to be lifted. 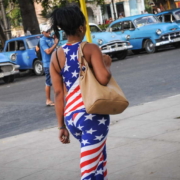 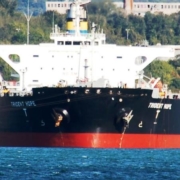 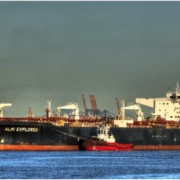 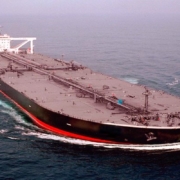 Cuba says U.S. embargo is ‘obstacle’ to getting coronavirus-fighting...
Scroll to top