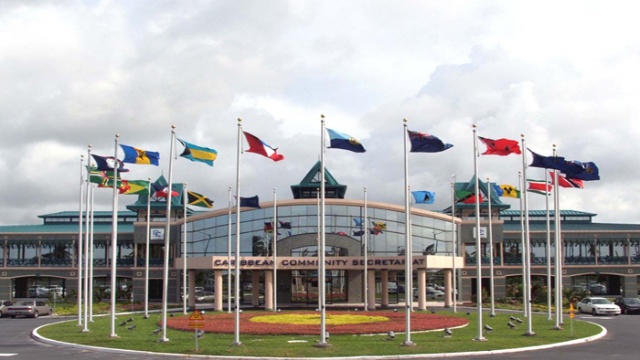 HAVANA, May 10th St Vincent and the Grenadines’ Deputy Prime Minister Sir Louis Straker told the opening ceremony of the 19th meeting of Caricom’s Council for Foreign and Community Relations (COFCOR) that an assessment must be made of the region’s position in light of the changing nature of the US-Cuba relations.

“The Caribbean has long been a staunch ally of and advocate for the Cuban people and, as such, we must ensure that we are prepared so as not to be left behind when changes are effected in the way of doing business with Cuba,” said Sir Louis, who is also the island’s foreign affairs minister.

The incoming COFCOR chair said it is incumbent on Caricom to consider ways in which the 15-member regional grouping may “more closely secure the ties that bind us with Cuba in a mutually beneficial manner that can start with the simple invitation to be heard at our table.

“I put this forward as something we may wish to consider over the course of this meeting,” Sir Louis said.

The Guyana-based Caricom Secretariat said that the meeting will provide the ministers the opportunity for a periodic review of a range of diplomatic matters involving Caricom’s relations with third countries and international organisations.

“COFCOR will examine the implications for the Caribbean Community of several emerging issues, including the reshaping of the United States relations with Cuba and the pending British referendum on European Union membership.

“As the community seeks to reinforce relations with multilateral organisations, COFCOR will discuss matters regarding the United Nations, the Organisation of American States, the Community of Latin American and Caribbean States, and the Association of Caribbean States,” the statement said.

St Lucia’s Foreign Minister Alva Baptiste, the outgoing COFCOR chairman, also addressed the issue of the new US-Cuba relationship, saying that “over the next two days, we will be called upon to adumbrate the issues surrounding the normalisation of US-Cuba relations and how this will impact our community”.

Caricom Secretary General Irwin La Rocque said the move toward normalisation of relations between the US and Cuba represents a welcome development in hemispheric relations.

“That development will form the theme of our retreat later today. The discussions there will take place against the background of our long-standing, strong and friendly relationship with Cuba,” he said.

La Rocque said that in the dynamic and rapidly changing global environment, Caricom must maintain and depend on traditional relationships, even as it builds new ones.

The meeting comes on the heels of last week’s Ninth UK-Caribbean Forum in The Bahamas. The Caricom foreign ministers will devote part of their meeting to discussing the critical elements emanating from that engagement.

The meeting will also discuss border issues and a range of bilateral topics involving Mexico, Cuba and the Nordic states, and the Unites States.
http://www.jamaicaobserver.com/news/Cuba-high-on-agenda-of-Caricom-foreign-ministers-_60397