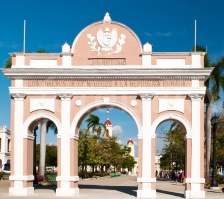 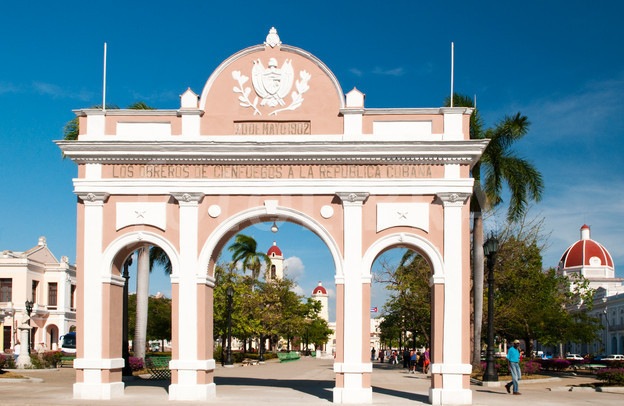 HAVANA, 16 Mar. (PL) Cuba and France signed an agreement for the restoration of the Arc de Triomf of the city of Cienfuegos, located in the center of Cuba, diplomaticsources said today.

In signing the agreement, CubaCop Vice President Manuel Pascual explained that the purpose of the project is to inaugurate the renewed Cuban Triumphal Arch in April 2019, on the 200th anniversary of the founding of that city established on the island’s south coast by French settlers.

The total cost of the work, valued at 18,000 euros, will be payed by union members of the UFM-CGT (Union of the Fraternity of Metallurgy), as part of the cooperation they have been developing for years with Cuba, said the president of the entity, Nicola Giglio.

The union leader signed and gave CubaCop the first check, for a sum of nine thousand euros.

During the signing of the agreement, the Cuban ambassador in France, Héctor Igarza, thanked the parties for their commitment and involvement in the rehabilitation of the sculptural and cultural heritage of the Caribbean nation.

The initiative is part of a vast program deployed by CubaCop aimed to contribute to the development of the city of Cienfuegos, whose historic center was declared a World Heritage Site by Unesco.

Last January another pact was signed between that association and the company Segat for the restoration of the mosaics of the Teatro Cienfuegos, a work in which the contribution of the artist Verdiano Marzi will be fundamental.

The president of CubaCop, Víctor Fernández, said, that the project for the rehabilitation of the mosaics provides also training in this specialty of young students of the School of Trades, as a basic contribution for future works of heritage restoration.