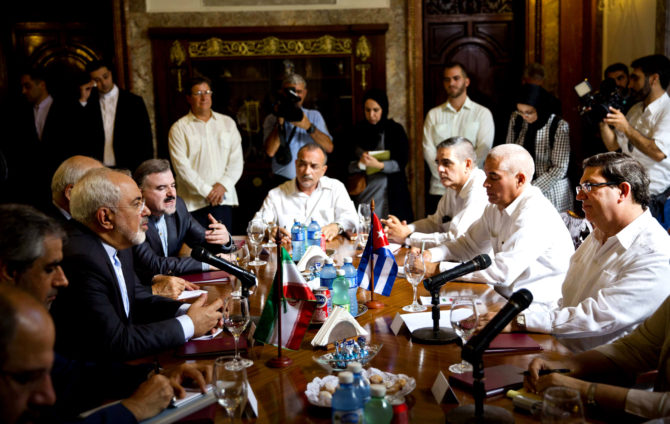 HAVANA, August 24th  Cuba says US sanctions on the Latin American country and Iran have opened a common ground for the two countries to forge special trade ties.
On Monday, Iran’s Foreign Minister Mohammad Javad Zarif was in Havana where he met Cuban leaders, including President Raul Castro in what they described a new chapter in bilateral ties, PressTV reported.

Diaz said despite President Barack Obama’s historic three-day visit to the island in March, the US maintains its sanctions on Cuba and his country has no choice but to implement short-term projects to achieve development.

“Both Cuba and Iran have reached a roadmap after years of sanctions which they should use to explore new economic opportunities and take advantage of each other’s capabilities,” he said.

A large economic delegation is accompanying Zarif on his six-day Latin America tour which also includes trips to Chile, Nicaragua, Bolivia and Venezuela aimed at boosting trade after the removal in January of US-led sanctions against Iran.

The first Iran-Cuba economic forum opened in Havana on Monday, with Diaz telling Iranian companies that they could become the engine of economic growth and dynamism in his country.