HAVANA, Aug 31. Cuba demands from South Africa the payment of almost 13 million dollars after a scandal over the purchase of a drug against the coronavirus from the island,

considered illegal by the newly appointed Minister of Defense and Military Veterans of that country, Thandi Modise.

The Secretary of Defense, Gladys Kudjoe, admitted before the Defense Portfolio Committee of the Parliament of that country that the Cuban side is pressuring the South African government for the payment of the 180 million rands pending, equivalent to about 13 million dollars, the local media Politics Web.

Kudjoe affirmed that the Cuban authorities demand the money, but Modise insisted before Parliament that the purchase was made illegally by the Army since it did not have the authorization of the Department of Health.

She said the drug Heberon Alpha R 2B is neither registered by the South African Health Products Regulatory Authority (SAHPRA) nor approved for use in the African country.


Although South African officials have indicated that this issue could affect relations between Havana and Pretoria, Kobus Marais, leader of the opposition Democratic Alliance (DA), said that the Department of Defense “should not have entered into an agreement of drug supply without a certificate of approval from SAHPRA “, says the aforementioned media.


Marais even called on Minister Modise to “initiate the termination clause of the contract and cancel the payment of the outstanding R 180 million.”

The opposition leader also insisted on the invalidity of the contract because “South Africa’s public procurement laws and import regulations have also been violated, as the Department of Defense has not yet provided evidence of whether it requested an exemption from the Treasury and of the Department of Commerce and Industry for the exclusive purchase of the medicine».

“Worse still, there is no evidence to show that the Cuban drug Hebron is certified by the World Health Organization (WHO),” Marais said. He also stated that not only must the heads of those who were involved in this gruesome abuse of public resources “roll,” they must also be held accountable.

Shortly after the presentation of the ministerial report in three weeks, as promised by the minister, the district attorney will file criminal charges against all those involved, Marais announced.

According to the leader of the opposition party, Minister Modise’s promise to find those responsible to Parliament when she denounced the case, “will only work if the payment of the 180 million rands that Cubans are demanding is stopped and everyone is held accountable the officials implicated by their actions ”.

This investigation involves official institutions such as the South African Health Products Regulatory Authority (SAHPRA), the Public Defender’s Office and the Police.

Thandi Modise promised last Wednesday, in his first briefing before the South African Parliament, that he would take action against the officials and generals of the army involved in the purchase of Hebron Alfa R from Cuba for the value of 17.7 million dollars to supposedly mitigate COVID-19 in that African nation.

Modise warned on that occasion that the heads of those senior officials responsible for the transaction would “roll”, since the drug acquisition process violated import protocols, and left out the Department of Health. So far this year, this is the second uproar around the agreements between Havana and Pretoria.

In May of this year, several South African press media questioned million-dollar cooperation projects for which the government of that African country would have paid millions to Cuba, instead of hiring local workers.

An article on the Rapport portal revealed that the South African government paid more than 1.6 billion rands ($ 115 billion) to Cuba for the Thusano Project, a joint plan that began in 2015 and aims to “create a sustainable transportation system” for the South African National Defense Force (SANDF).

This revelation came amid a legal battle over the use of Cuban engineers to help solve the water crisis in that African country.

In April this year, the Minister of Human Settlements, Water and Sanitation, Lindiwe Sisulu, received 24 engineers to improve the government’s efforts in the provision of water and related services, as part of a 2014 bilateral agreement between the two countries on cooperation in the management of water resources and water supply. 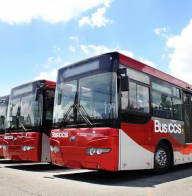 Xi Jinping reaffirmed China’s support of Cuba no matter how the situation...