The first was called “logic of difference” and it happened when society was afflicted by conflicts that weren’t only different but were perceived as such, and as a result, they developed as fragmented parts.

When this happened, he said that you can hold onto governance by just managing every conflict separately, whether that’s with negative policies (reprisals), positive policies (resource allocation) or disguised policies (ideological manipulation).

However, these different conflicts also share their common points, they overlap, and then there is the logic of equivalence, which could end in revolutionary or populist breakups when discourse and leadership have been established.

Ever since the ‘90s, Cuban society has passed through a series of conflicts from the logic of difference: protests of frustrated emigres, the self-employed, consumers, artists or residents. But one at a time, and each on their own.

What’s happening now is that there is an overlap of these different conflicts and the way significant groups of the population (especially young people) see them as key obstacles in their lives.

This is where the logic of equivalence begins, which can be seen in the variety of slogans that people shout during protests: from allusions to shortages, to demands for dignity, as well as the loud cry that summarizes their equivalence: “Diaz-Canel, asshole.”

Of course, the empirical cause is that Cuban society is dealing with a build-up of shortages that are frankly unbearable, of everything that people need to live: food, medicine, housing, electricity, water, etc.

1) The first is that the government at the time kept a minimum of subsidized goods available on the market, that fed into its image of the paternal state, which doesn’t exist today, after currency reform: most Cubans have learned that they can only eat what they buy with their measly wages.

2) The second reason lies in the country’s collapse under COVID-19, the government’s clear incompetence to deal with the pandemic and the social anxiety this situation creates. There was another pandemic in the ‘90s (a rare optic nerve disease), but it wasn’t contagious and mortality rates were low.

3) Third of all, you could reach the US with the “wet-foot/dry-foot” policy in the ‘90s, and begin a new life in South Florida, a resource that the government used to free itself of the hundreds of thousands of unhappy Cubans. This outlet is no longer available: there’s nowhere to flee, and nowhere to hide.

4) Last but not least, it’s not insignificant that this morbid symbology of historic leaders existed in the ‘90s, which still captivated the imagination of a population group and prevented the other group from taking action. However, these “historic” leaders have already passed on to another world or are on the brink of leaving for it. Fidel Castro, the great speech artist, is now lying inside a vast stone mausoleum in an eastern Cuban cemetery.

As a result, it’s understandable that our fellow Cubans today, at this point of the game, have decided to do what other people do in many places of the world when their daily lives suffocate them: protest.

This has marked a before and after in post-revolutionary history. This idea that the street doesn’t belong to anybody, but is rather a public space – which was originally occupied by some opposition groups and the dissident artist groups in San Isidro and outside the Ministry of Culture – has come to stay. This is where everything changes, and it will never be for the worst.

However, I don’t mean to say that the collapse of the Cuban government is on the horizon. The protest movement is not very well-articulated and the Cuban State continues to have a fearsome repressive machine. Without funds or persuasive discourses, the latter is its last resource to win sometime in order to shape this olive green bourgeoisie that has been incubating in the dark shadows of the Cuban economy. 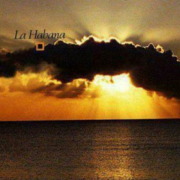 What next for Cuba after unprecedented protests?