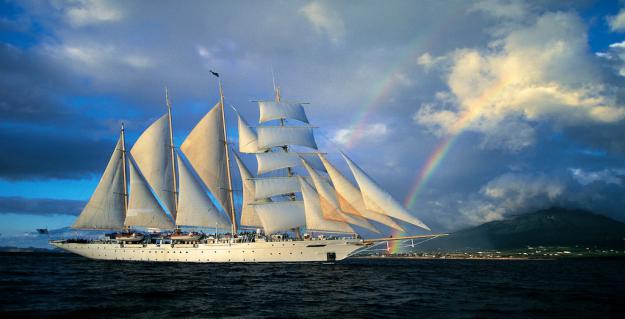 Depart the UK on November 25th, 2014 for Grand Cayman, spending four nights at the luxurious Westin Grand Cayman Seven Mile Beach Resort & Spa, set on one of the most beautiful beaches of the Cayman Islands and offering a spectacular spa as well as watersports, a choice of restaurants and private beach cabanas.
Embark Star Flyer on November 29th for an eight night adventure sailing the Cayman Islands as well as remote cays and fascinating colonial cities of Cuba, calling at Grand Cayman, Cayman Brac, Casilda, Cienfuegos, Punta Frances (Isla de la Juventud), Cayo Largo and Cienfuegos.
Disembark on December 7th for the transfer to Havana, for two nights exploring the atmospheric Cuban capital based at the Parque Central hotel. This classic hotel, one of the finest in Havana, is right beside the old town, close to such classic sights as El Floridita, the bar favoured by Ernest Hemingway, famed for its daiquiris, and the Museo Nacional de las Bellas Artes.