HAVANA, July 2nd Cuban cigars are world-famous and are known to be the very best in the market.

Tobacco has been grown in the country for hundreds of years, and the production of cigars is regulated by the government to ensure quality before they are exported globally.

What’s little known about the Cuban cigar industry is that it has an age-old tradition, one that dates back to the mid-nineteenth century, of having storytellers read to their cigar rollers as they work in the factory.

The tradition began in 1865 when the owners of a tobacco factory in Havana assigned one of their workers who could read to spend their shift reading a book to their fellow employees.

The goal was not only to make the hours spent rolling cigars more enjoyable but also to help build the education of the workers, the majority of whom were illiterate back then. It eventually became such a popular practice that other factory owners decided to hire their own storytellers. 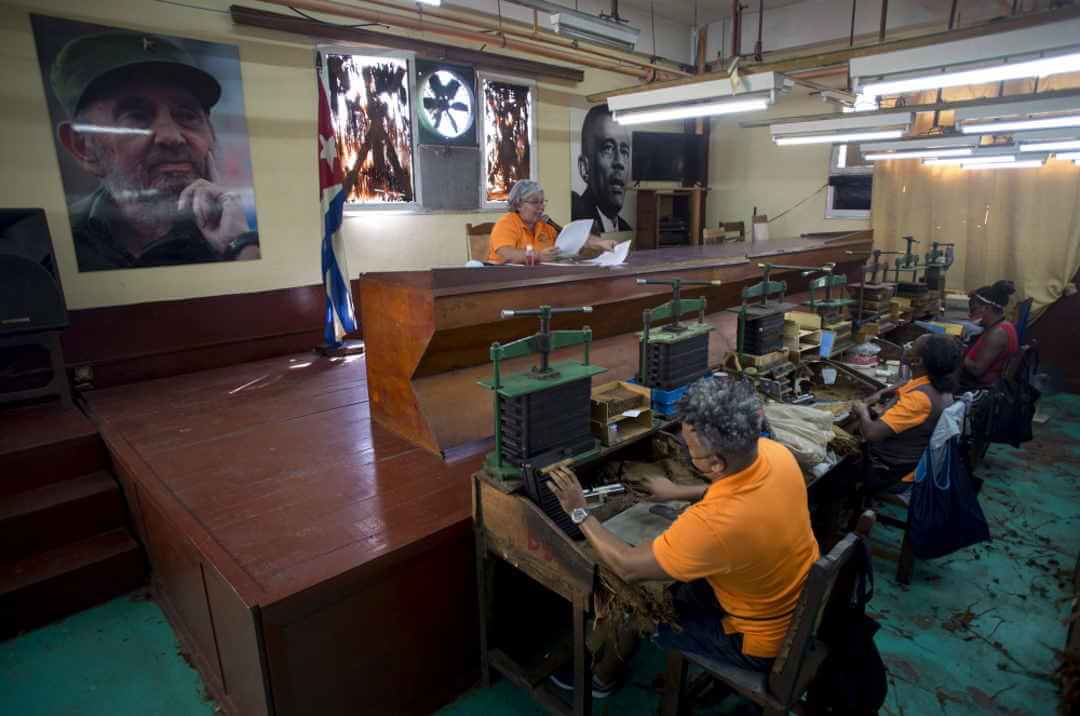 The storytellers, or lectores, would stand on a platform to read magazine articles, news stories, and even dramatic readings from works of classic literature.

“I’m not just a reader; I’m rather a cultural promoter of sorts,” Peña said. He stated that in choosing what he will read to the workers, he tries to bring “topics that can influence their day-to-day and help them face certain issues.”

After reading a text, Peña sometimes runs a poll to ask the workers what they would like to hear next.

“Last time I ran a poll, they wanted an adventure novel. I suggested a few works, and they chose ‘The Last of the Mohicans,’ which is what I am reading now,” he said.

The storytelling tradition, having survived for many years, serves a very important role in the industry and has unified, inspired, and entertained generations and generations of factory workers.

“I like my job—I think I serve a very important goal,” Peña stated. “Not only from a cultural point of view, but in that, I help deal with problems of everyday life.”

“To educate is to give man the keys to the world, which are independence and love, and to give him the strength to journey on his own, light of step, a spontaneous and free being,” said Jose Marti, a Cuban independence leader and poet from the 1800s.

When it comes to education, few countries do better than Cuba. It is one of the countries with the highest literacy rates around the world today.

Cuba spends a staggering 13 percent of its GDP on education, making them one of the biggest investors in the sector. In comparison, the US spends 5.4 percent, UK spends 6.2 percent, and France spends 5.9 percent.

This wasn’t always the case, however. Before the 1959 revolution, Cuba’s literacy rate was as low as 60 per cent. In a matter of two years, they were able to raise it to 96 percent due to “literacy brigades” that travelled the country to teach even those in rural areas. They also nationalized all educational institutions in 1961, which made going to school free for all citizens until today.

Aside from improving literacy in their country, Cuba is also working to help other nations to do the same. They launched the “Yo, sí puedo” or “Yes, I can” campaign to help spread adult education in more than 30 countries.  The program was awarded the UNESCO King Sejong Literacy Prize in 2006 for its work to “to advance individual and social potential through innovative teaching methods with a successful outcome in more than 15 countries, notably Ecuador and Venezuela.”