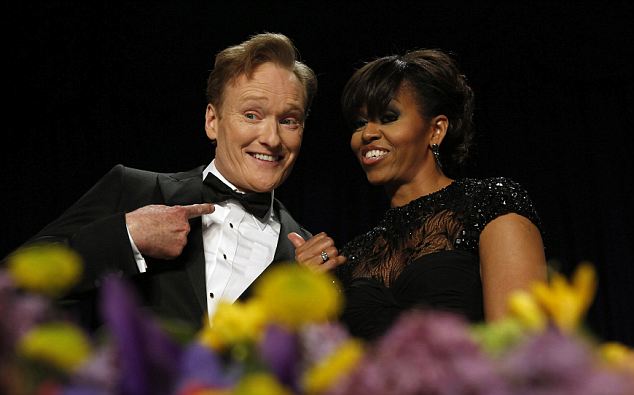 HAVANA, 17 Feb. (CNN) Conan O’Brien and his late-night show are no stranger to road trips, but this time it looks like he’s pulled off a major one: filming in Havana.

O’Brien spent the past weekend with his crew filming the March 4 episode of his TBS show in Havana, Cuba. It marks the first time a U.S. late-night show has filmed in the country since the embargo began in 1962.
A news release from the show says the host spent “multiple days taking in the sights, sounds and culture of the country. The trip gives the ‘Conan’ audience a rare glimpse into the daily life of a country not often seen by American viewers.”

In December, President Obama announced that the U.S. would be moving to re-establish diplomatic relations with the island nation, including reopening an embassy in Havana and loosening travel restrictions.
According to Deadline, O’Brien picked the weekend before Presidents Day because his show does not tape on the holiday and would be available to travel. In the past, he has taken the show to locations including Ireland, Atlanta, Toronto, Chicago and Dallas.

Now that the door has been opened, there may be a flood of American productions headed to Cuba’s shores. In January, it was announced that a production of “Rent” done in cooperation with the Cuban National Council of Performing Arts would be the first full Broadway musical held in the country in 50 years.
In February 1959, Jack Paar traveled to Cuba to interview Fidel Castro for “The Tonight Show.” Paar was roundly criticized for the move, despite the fact that Ed Sullivan had interviewed the Cuban leader in January.