HAVANA, May 29th (Forbes) Over the last 18 years, China has written off around $9.8 billion in debt to other countries. Cuba accounts for over half of it.

The communist-led, closed market economy has been a dependency nation since it was a Soviet outpost in the Cold War. And now, not all that much better off than it was in the 1980s, China funds have been as important to the left’s most romanticized Caribbean getaway as Venezuela’s highly discounted crude oil.

Cuba had $6 billion in debt canceled in 2011, an outlier of the dozens of nations on the receiving end of Chinese government loans, based on a report by Development Reimagined and the Oxford China Africa Consultancy published in April.

In 2007, the biggest year for debt forgiveness by Chinese entities, some 25 nations saw their debt written off. But even those 25 nations were no match for the Cubans. They just had a sum of $838 million wiped out, over six times less than Havana.

Cuba’s government now seems unable to get food to its people, much like the Venezuelans (who also cannot get medicine and gasoline to its people).

“If there is someone in Cuba making a profit off of property that used to belong to you or your family, then you can attempt to sue them in a U.S. court,” says Richard Matheny, a partner with Goodwin in Washington, DC. That can only be accomplished if the party that owns the land now in Cuba also owns something in the U.S. that can be attached to a legal judgement.

There have been around 513 claims filed against Cuba over the years, says Matheny. The present value of those claims is estimated to be around $8 billion.

China’s debt cancellation policy is similar to that of the Western lenders.

And while Cuba takes the cake in terms of the monetary value, all of the volume comes from Africa.

Over the 18 year period ending 2018, around 50% of China’s cancellations have gone to highly indebted poor countries, mostly all in Africa. Over 20 African nations on the receiving end of Chinese government loan have seen their loans forgiven, with about six of them getting free cash twice.

Last year, the First Forum on China Africa Cooperation pledged some $60 billion to Africa, implying further debt reductions are likely based on past results.

As an aside, some of the top lending nations in 2018, including China, and multilateral lenders eliminated nearly $100 billion in debt for 36 countries of which 30 were in Africa.

All of these African countries are in bad shape. No one is complaining about writing off debt to countries usually also faced with some for of humanitarian or health crisis.

The majority of countries getting Chinese loans have only received debt forgiveness once.

Between 2000 and 2018, 57% of China’s recipients saw their debt slate wiped clean. The next highest number saw 21% seeing what was once a loan being turned into a gift.

Only 2 countries — Sudan and Zimbabwe —were on the receiving end of debt forgiveness more than three times, according to the Oxford China Africa Consultancy at Oxford University.

Outside of Africa, other large cancellations include Pakistan ($500 million) and Cambodia (490 million).

Cuba is financially better off than all of those nations.

Cuba GDP per capita is over $8,000, which is at least four times that of Pakistan’s and Cambodia’s. Cuba’s total GDP output is also larger than Cambodia by a factor of four.

Yet, for a country that prides itself as being the picturesque wonderland of hip, anti-Yankee, socialismo…the land of Mambo has uncharacteristically seen debt cancellations from many sources, not only from the Chinese government.

From 2008 to 2015, investment in Cuba fell 17% and exports fell 5%. It produces little and has a significant trade deficit. Its deficit would be even worse if not for oil subsidies from Venezuela. In that case, it would need even more money from foreigners just to pay its politicians and pension funds.

If debt cancellation to Cuba was an actual loan, the $6 billion China gave to the Cuban government would be one of China’s biggest loans ever.

Between 2011 and 2014, many years after the Cold War, four countries wrote Cuba off as a loss. Mexico, Japan, China and Russia wrote off a combined $40 billion, based on the study by Development Reimagined. That’s equal to about 50% of Cuba’s current GDP. What the Castro government did with that money is anybody’s guess. 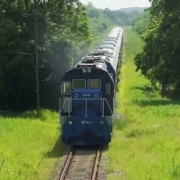 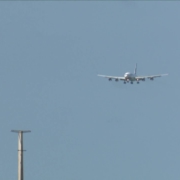 23 tons of medical supplies from China arrive in Havana