HAVANA, June 28th  (AFP) In Cuba, where communism and religion live uneasily side by side,

there is a city where it is no longer strange to see a priest walk down the street in a white cassock followed by enthusiastic greetings of “Good day, Father!”

A small order of Catholic clergy has become a beloved and indispensable part of the community in Placetas, offering survival essentials to its economically devastated population of about 40,000 souls.

The priests have become, in part, a surrogate for the government, which in Cuba has political control over just about every aspect of life — though in practice it cannot always deliver where it is needed most.

From Placetas, four French priests have set up three-day care centers, five soup kitchens, an after-school center, a boarding school and an old-age home serving about 70,000 people of the larger district in the center of the island nation.

“In Cuba, the Church is… putting a foot in the door so that it stays open,” smiled 38-year-old Jean Pichon, one of the four clerics who moved to Placetas 15 years ago.

But he insisted “the idea is not to convert people or to seek a more prominent role, but truly to help.”

The beige-walled church on one of the town’s squares has become a popular gathering spot for members of the community.

On Thursdays, the priests meet youngsters from Placetas on a field near the church to play football.

On the same block, a soup kitchen feeds the hungry twice a week, a library is open to all and, crucially for many, a makeshift pharmacy dispenses free medications that the priests get from Europe.

These are all services that fall under the purview of Cuba’s one-party state.

But the government in Havana has recently moved to reduce Cubans’ reliance on free essential services — announcing it will cut subsidies for food and other basics in a bid to entice people into the workplace and revitalize the economy.

The country is battling its worst economic crisis in 30 years, fueled by six decades of American sanctions and the collapse of its critical tourism sector due to the coronavirus epidemic.

“I am 53 and this is the worst (time) I’ve ever experienced,” said Tania Perez, who in non-pandemic times rents out a room to tourists in Placetas and relies heavily on the medicines the priests provide. 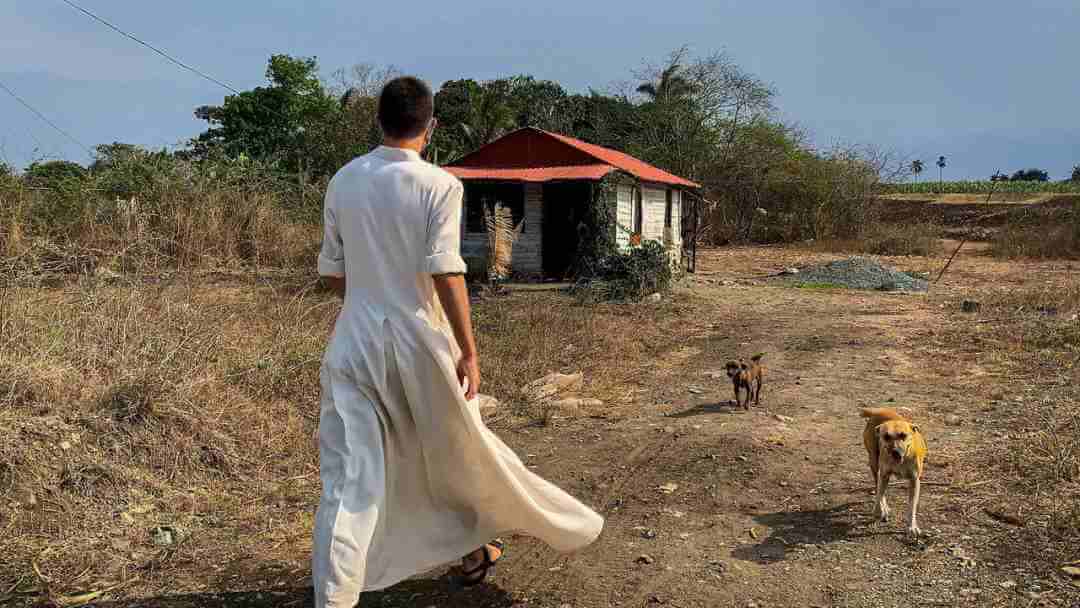 Cuba was atheist until 1992, when it amended its laws to become officially secular — but a government office of religious affairs still regulates anything to do with worship Adalberto ROQUE AFP

“My mother has only 20 days’ worth of pills left and her medicine cannot be found. Without it, she cannot walk. Me, I suffer from lupus and I have no more medicine,” Perez said.

Every Wednesday, a van comes with fresh supplies for the Placetas pharmacy. The night before, some people sleep outside to make sure they can get what they need.

In smaller towns nearby, people tell of having to wait four days in a queue for medicine.

In such difficult times, the Church “could not and did not want to remain on the sidelines,” said Arturo Gonzalez Amador, bishop of Santa Clara — the capital of Villa Clara province, where Placetas is located.

He too was quick to stress that the Church was “not creating a parallel structure” to the state, saying: “We are providing support.”

From Placetas, where Cuban President Miguel Diaz-Canel was born, the priests crisscross the countryside all week by bike, motorcycle or horse-drawn carriage, bringing spiritual and material comfort to a community scattered over some 40 villages mostly composed of simple huts.

In the small village of Baez, some 20 kilometers (12 miles) from Placetas, about three dozen people come every week to the soup kitchen in a wooden house that also serves as a daycare centre.

“I have a waiting list of eight people in need,” said 64-year-old Maricel Garcia, who runs the establishment — one of many beneficiaries of the Caritas charitable foundation based in Placetas.

In recent months, volunteers have noted growing “fatigue and anguish among residents in the face of so much uncertainty related to the ongoing pandemic and worsening crisis,” said Maritza Sanchez, director of Caritas Cuba.

“At first, there was a lot of mistrust” from the authorities, “maybe even a bit of fear,” said Pichon of the Church’s growing presence.

After the revolution, the new communist state in 1961 seized the assets of the Catholic Church, including schools and clinics.

More than 130 priests were expelled.

The country was atheist until 1992 when it amended its laws to become officially secular. However, a government office of religious affairs still regulates anything to do with worship.

Today, the country of 11.2 million has only 300 Catholic priests — half of them foreign.

According to Church estimates, 60 percent of Cubans are baptized — but only two percent attend Mass.

Practising Catholics are still prohibited from working for certain government ministries in a country where the state is the main employer.

Relations between the Catholic Church and Havana eased somewhat after a visit by Pope John Paul II in 1998.

The Church played a decisive role as mediator in Havana’s liberation of dissidents in 2010, and then in secret talks leading up to the historic rapprochement with Barack Obama’s the United States in 2014.

In another sign of changing times, state television last year, for the first time, broadcast Mass several Sundays in a row.

And the Vatican has used this newfound tolerance to its advantage.

In 2018, when the first draft of a new Cuban constitution sought to open the route to gay marriage, it lashed out at a symptom of “ideological colonialism”. The proposal was erased.

Leaders of the Church have also become increasingly bold in denouncing the living conditions of the Cuban people, in a country where criticism can easily land one in trouble.