“All of these are part of the expansion of the Kingston hub in the north because the overall mission is to improve connectivity for the entire region,” head of corporate communications at Caribbean Airlines Dionne Ligoure told the Jamaica Observer in an exclusive interview.

“We all know that even though it is just a couple of hundred miles that separate us, sometimes moving from one territory to another in the region takes far longer than the distance to fly. In the Caribbean there are no bridges so we can’t drive, we have to fly,” added Ligoure, with a chuckle.

She argued that with air transport being the only means for people of the Caribbean to visit each other there is a need for more and better airlift.

“The thing is it is not just about Caribbean Airlines and connectivity, it is about trade, it’s about tourism and it is tied very closely to the Caribbean identity which we all share.  There is this very common heritage and finding out each other is a fabulous way to explore that common heritage,” declared Ligoure.

The Caribbean Airlines executive said the flights will be priced at low rates with travelers having the option to decide on how much they want to spend.

“Caribbean Airlines is improving the travel experience for its customers by offering more choice and greater flexibility with a range of Caribbean branded fares.  The enhanced products took effect from Thursday, November 7, and include a variety of brand options namely: LITE, CLASSIC, FLEX, BIZ and BIZ FLEX, all with different features, to cater to the specific needs of travelers,” said Ligoure.

“The airline is maintaining its classic brand, which gives customers one free bag and 100 miles. Persons who travel light, with no checked bag, can take advantage of the LITE brand. Passengers who prefer two checked bags can use the Flex economy, which also gives a free same-day change and 125 percent miles.

“Business travelers can use BIZ or BIZ Flex, which offers exclusive perks, additional flexibility, and easier ticket changes.  BIZ Flex is also fully refundable and customers earn 175 percent miles. All branded options have free seat selection and will always be available, even if travel is at the last minute or spontaneous,” added Ligoure.

She noted that for the nine-month period, which ended in September, Caribbean Airlines increased its cargo revenue by 14 percent, while its year-on-year proﬁt increased by 34 percent.

“Caribbean Airlines is ranked 96 of 332 global airlines for on-time performance,” said Ligoure, who noted that the airline, in its international operations, carried more than 1.2 million passengers, with an on-time performance average of 81 percent.
( jamaicaobserver ) 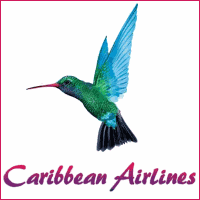 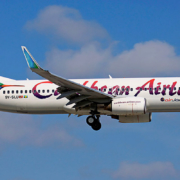 Caribbean Airlines to offer direct flights between Kingston and Havana 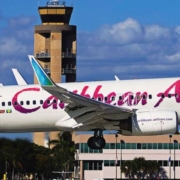 British Culture Week in Cuba, with a Scottish accent