HAVANA, March 15th While President Donald Trump banned flights between the United States and European countries in the Schengen area, a Miami-Dade County commissioner has scheduled a meeting for next week to discuss the total cancellation of flights between southern Florida and Havana.

Republican and Cuban-American Commissioner Esteban Bovo’s reasons for cancelling the flights are the existing rumours about possible cases, the increase in bilateral trade between China and Cuba, the absence of information by the Cuban government about the extent of the pandemic in the country as well as Cuban medicine’s alleged lack of preparation and equipment to face the threat.

The proposal will be discussed next Tuesday, March 17.

Such a measure would radically affect the largest Cuban community in the diaspora.

Last Thursday, in a press conference at the Jackson Memorial public hospital, the mayor of the county, Carlos Gimenez, said that he agrees with the suspension of flights to Cuba and that he has the support of Governor Ron DeSantis. “I have spoken to the governor, I know that the president yesterday suspended all flights from Europe, and I am asking him (the governor) for help if he can assist us in this. I know that the coronavirus has appeared in Cuba.

I don’t think there are only three cases, I think there are many more and that is a risk for the people of our county and this state. That’s why I know the governor agrees and I hope that the president can add Cuba to the rest of the countries where we cannot travel or come from,” said Gimenez, looking for support for Governor DeSantis who was behind him nodding affirmatively.

The day before, the Cuban authorities announced that three Italian tourists staying in Trinidad had tested positive for the coronavirus and are isolated at the Pedro Kourí Institute of Tropical Medicine. People who were in contact with the tourists are also isolated in a hospital in Sancti Spíritus, under observation, although they are asymptomatic so far.

However, an eventual decision is unlikely to prosper as counties don’t have the power to do so in that regard. The suspension of flights from the United States is an authority that concerns the Federal Aeronautical Agency (FAA) or, ultimately, it may be a decision made by President Trump.

The concept developed by Bovo is that Miami-Dade County, as the primary settlement site for the Cuban diaspora, is entitled to its own “foreign policy.” But the truth is that all previous initiatives in this regard have gotten nowhere because external ties come under the authority of the federal government, as Howard Simon, a former director in Florida of the American Civil Liberties Union (ACLU), told last year when an attempt was made to ban the performance of Cuban musicians in South Florida.

In fact, in the late 1990s, Miami-Dade County passed a resolution that prohibited Cuban government officials from entering the region and had no effect. It did not even affect academic exchanges. In 2015, another resolution asked Congress to review the Cuban Adjustment Act, so that it would only include “the politically persecuted.” In 2016, another was approved that rejected the establishment of a Cuban consulate in South Florida. In all three cases, the State Department was forced to remind commissioners that they had no authority.

In January 2012, then Governor of Florida and current Federal Senator Rick Scott created a whole hubbub in Miami, that included a public rally at the Freedom Tower, in the centre of the city, that was attended by the cream of the Cuban exiles, accompanied by their Republican politicians, where amid applause he signed a law that limited the state’s trade with the Caribbean island.
Hours later, he had to admit that he had no authority to do so, that Congress and the White House which had the power to approve such a thing. And suddenly everyone forgot about it.

This Thursday evening, Jorge Álvarez, a Texas lawyer, specialized in aeronautical affairs, explained to OnCuba that the cancellation of flights to the United States due to health emergencies is a complex process that takes into account many factors.

“When the president decided last night to cancel flights to Europe, he was able to do so because the executive authority allows it, but he had to have extensive information from the Department of Health. I don’t see how a county can have that authority, no airline will pay attention to it. Legally they are not obliged,” he said.

The resolution that Bovo wants to see approved next Tuesday does not create a ban in itself, but it opens the door and aspires to it, at a time when those flights were already restricted. Rather, it is a resolution urging the FAA to make the decision to cancel flights but does not suggest until when.

The cancellation of flights, after the Trump administration eliminated direct travel from the United States to the Cuban provinces, would create a huge upheaval for the more than half a million Cubans who travel to the island on average annually.

In January of this year, Cuban Minister of Foreign Affairs Bruno Rodríguez revealed that last year 552,816 Cubans residing in the United States travelled to the island.
(Oncubanews) 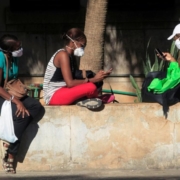 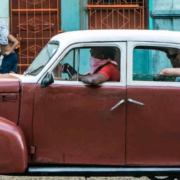 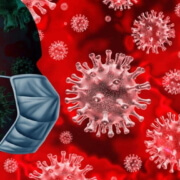 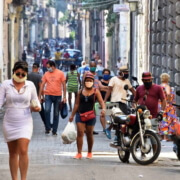 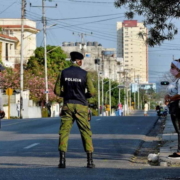 The Italian region of Lombardy asks doctors from Havana to face the coronav...