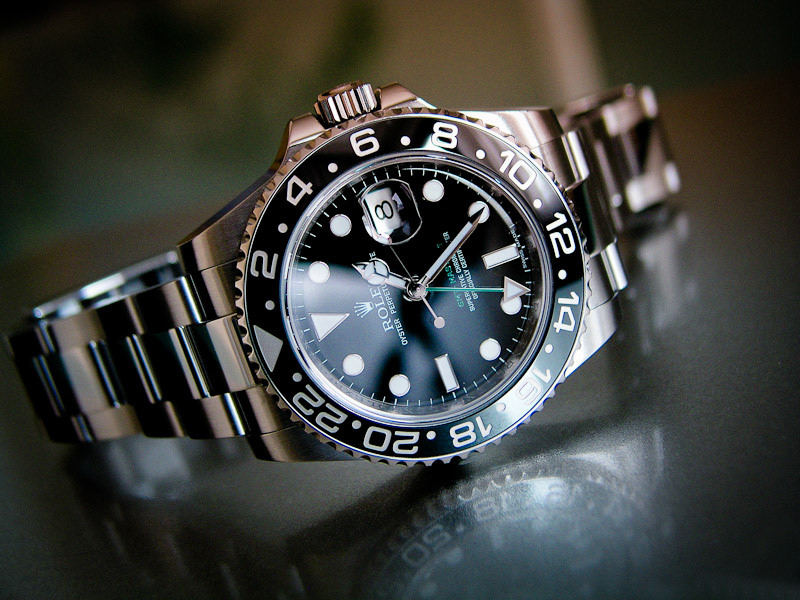 HAVANA, Oct. 9th Fifty years ago, Che was executed in the Bolivian forest. And with him disappeared … his Rolex GMT Master. Who got it?It was half a century ago, on October 9, 1967: Ernesto Guevara said Che was captured and then executed by the Bolivian army.

Since then, the Argentinean revolutionary, fellow combatant of Fidel Castro, has become a romantic myth of the revolution on a world scale. But with him has not disappeared that a personage become legendary. His Rolex also evaporated on the day of its execution.

Indeed, the Cuban revolutionaries were great lovers of Rolex. To the point that one often saw the Lider Maximo with two watches at the wrist at the same time …
It is said that taking power, the revolutionaries would have cheerfully served on the spot in the local branch of the mark to the crowned.

Wartime and memories of a historic victory … 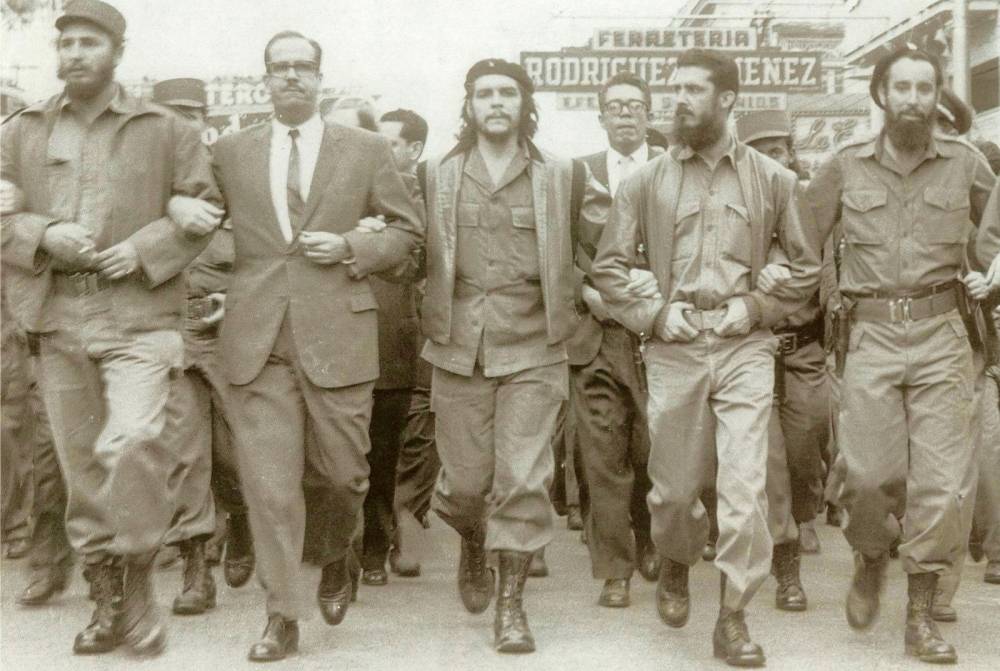 The other hypothesis that circulates is simply provocation: sporting two luxury Swiss watches while preaching revolution.

Some, however, escaped the communist revolution and resurfaced to the delight of collectors, such as a Rolex Submariner 6536 co-branded Joyería Riviera reappeared only in the 21st century.

It was in 1943 in Havana, on the boulevard Galiano, that Don Julio Abislaiman, accompanied by his two sons José and Juan, established the Joyería Riviera. An immense shop where the most precious jewels rub shoulders with the most refined timepieces, the “Tiffany” of Cuba. 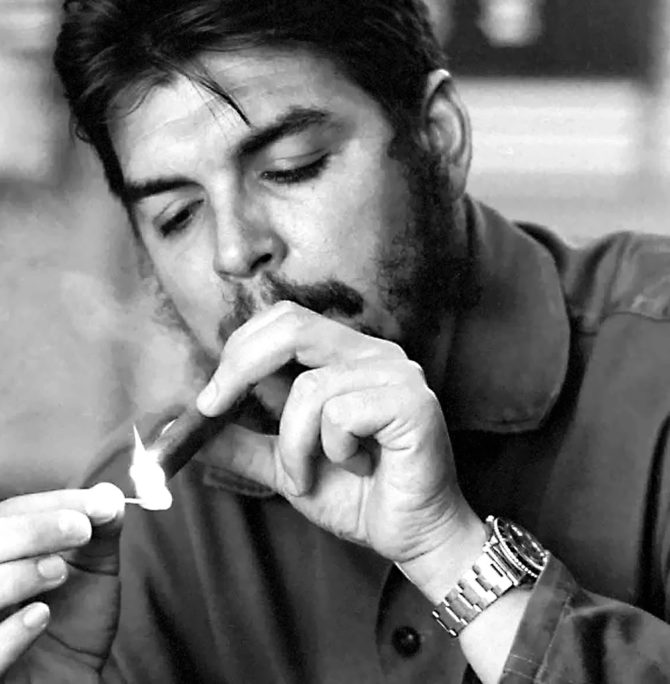 It is perhaps also from that that came the favorite watch, even the watches of Che. Indeed, it was sometimes seen, on images of the 60s, wearing on the wrist a Rolex GMT Master in steel.

A reference 1675, for purists, seen the cyclope magnifying glass visible on his glass. But on the day of his capture and then execution, Ernesto Guevara carried on him not one but two Rolex watches on him, if one crosses the inventory of objects belonging to him realized by the military. 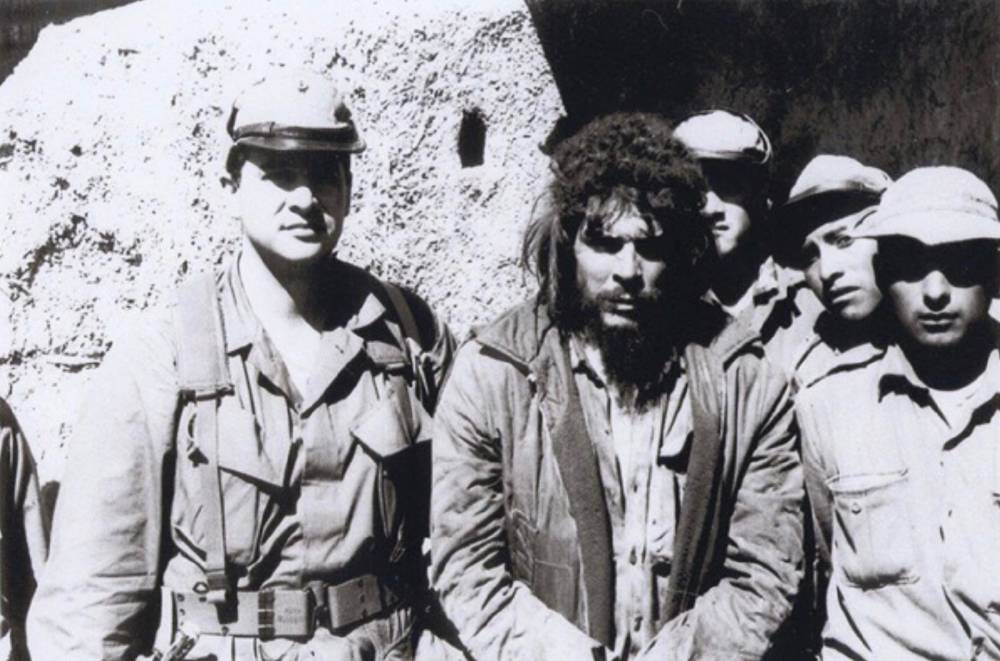 We know what happened to the remains of Che. But her watch has literally evaporated. According to various sources, it was reportedly recovered as a souvenir by a CIA agent, Felix Rodriguez.

A GMT Master most likely still in the possession, even the wrist, of this Cuban who has since become an American. Several members of his family, including his father and brothers, close to the dictator Batista, were executed by the Cuban revolutionaries. It is probable that Guevara played a role in these executions.

Rodriguez had every reason to join a group of Cubans exiled in Guatemala in September 1960 to attend a CIA military training, Brigade 2506. He will participate in the landing of the Bay of Pigs, a failure that will lead to the capture, then the torture and execution of 1,200 Cuban exiles, under the aegis of Che.

Rodriguez will escape and will later join Bolivia, where he will take the lead of a unit in charge of tracking down Guevara. “I hope that people will see what he really was: a murderer, who had very little respect for life and liked to kill people,” he later said of him.

Becoming a US citizen in 1969, he made a career in the CIA, participated in the Vietnam War, as well as in Iran, and remained a close friend of President Bush.

What does Che Felix Rodriguez, now 76 years old, own? A priori a Rolex GMT 1675, offered by his comrade, Fidel Castro. According to various sources, Guevara will be offered his first Rolex by the Lider Maximo in 1958, when he promoted to the rank of “Comandante”. A year later, Che offered the same to his father.

In 1966, Castro made a second Rolex in Guevara, just before he left Cuba for Bolivia. A priori, it was this GMT-Master that the officers of the Bolivian army offered to Felix Rodríguez, knowing that his family had been killed by Che. A watch he has long proudly worn on his wrist.