HAVANA, Nov. 28 (AFP) Havana – Nicknamed “the sombra” (the shadow) for his art of dodging, Cuban boxer Julio César La Cruz trains for a goal: Tokyo-2020. But his efforts will be in vain if the IOC excludes boxing from the Olympic Games, of which Cuba is the world’s leading power.

This sport “is the one that has brought the most Olympic medals to Cuba,” said the quadruple world champion and gold medalist at Rio-2016 (light heavyweight), when putting on his gloves for a national competition where he defends the colors of his province, Camagüey (center).

“It would be a very hard blow for the Cuban delegation to no longer be able to count on boxing titles” at the Olympics, worries the 29-year-old, with many golden teeth.

In the ring, the Caribbean island has long been unbeatable among fans, with in its wallet 73 world titles and 37 Olympic … even if it has suffered many desertions boxers looking elsewhere for a better future. The latest is Olympic double dress winner Robeisy Ramirez, who dropped out of her squad in Mexico in July.

This time, the threat comes from the International Olympic Committee (IOC) itself, which lost patience with the Rio 2016 Olympics scandal where all 36 officials and referees of the sport were suspended after accusations of fighting. rigged.

The shadows of a group of children and their boxing coach in Havana, November 12, 2018 afp.com/YAMIL LAGE
He has asked the International Boxing Federation (AIBA) to be accountable and will meet on November 30 and December 1 in Tokyo to decide whether or not to exclude boxing from upcoming games.

President of the Cuban Boxing Federation for nine years, Alberto Puig wants to be perfectly serene: “We have not the slightest doubt that boxing will be present at the Olympic Games” of 2020, he assures AFP.

Returning to Russia, where he participated in the AIBA congress, he defended the Uzbek Gafur Rakhimov, elected president on this occasion. 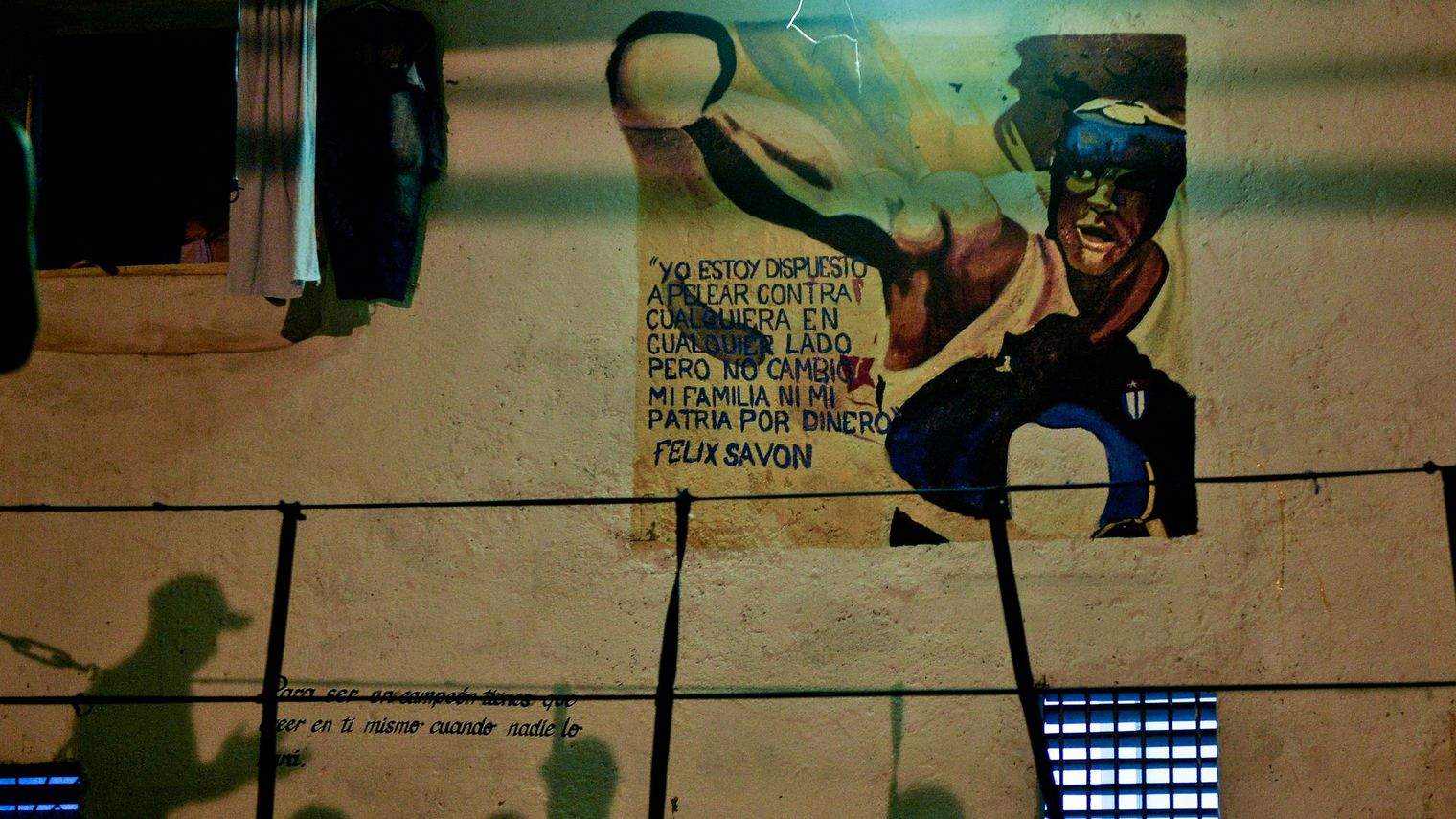 The 67-year-old businessman, however, is accused of being a “major criminal” in his country by the US Treasury, which led the IOC to freeze relations with AIBA as soon as he was appointed acting president. January.

Rakhimov denies the charges of the US Treasury. In early October, he assured AFP he had “never been involved in international criminal organizations”, denouncing “false allegations made by the previous regime” in Uzbekistan.

In the Federation, “there were historical problems in both governance and financial matters” because “the AIBA had more than $ 39 million in debt, it was bankrupt and that was settled precisely with the management of Gafur and the rest of the team with whom we work in the Executive Committee, “says Alberto Puig.

For Tokyo-2020, he jealously keeps his predictions – “it’s a little secret,” he says – and only indicates that the goal is “to increase the number of medals Rio Olympics”, where Cuba had stalled three gold and three bronze.

To the boxers of the national team who are worried, Rolando Acebal, their national coach, repeats the same thing: “calm down, do not worry because it will be settled”.

For him too, it is “unthinkable” that boxing comes out of the Olympics because it is “one of the oldest sports in history”, the discipline being one of the six original sports of the ancient Olympic Games.

Proud that boxing is “the flagship of Cuban sport”, he recalls that Cuba remains a reference in the world of boxing and that, regularly, foreign athletes come to train there. Recently, the island hosted the German Olympic team.

“Everyone wants to get ready with the Cubans because we have a mix of European and American styles, with a lot of coordination.” Boxing, we practice as a dance, “says the coach, hoping that the end time the ball did not ring.

When you visit Cuba, you can help animal welfare groups
Scroll to top