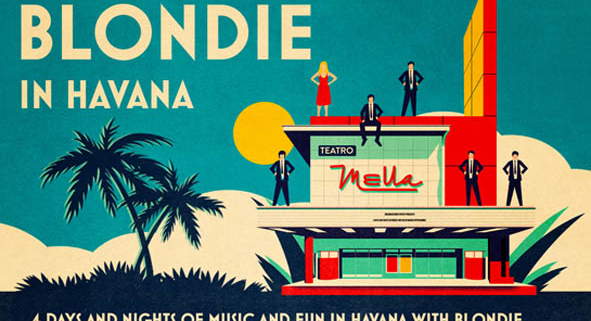 HAVANA, March 15th  Blondie is a band that revolutionized the world of punk rock with their bizarre performances, but above all by the unmatched charisma of the vocalist, Deborah Harry since the late 70’s with hits like Heart of Glass or Call Me. On March 14 and 18, this iconic band will perform at the Mella theater in Havana.

On these nights, not only band members will be on stage, but they will also be accompanied by musicians such as David Torrens and the group Síntesis.La singer, Debbie Harry says she is looking to “know what Cuba is like today”. He comments in an interview given before his concerts that the possibility of recording something of the presentation is still on the air.

The members of the American band comment that there is the possibility of making musical collaborations with Cuban musicians. The vocalista Debbie Harry says that “always exists that possibility of mixing us to record something in some hours. I love having Cuban musicians in the show, but we do not have much time to be together.

We are limited to just one day with each guest, but it does not exclude what might happen. “Similarly, the extravagant blonde comments that” it would be wonderful to have Cuban percussionists. Maybe we can do something really interesting and fun. That is one of the things we are looking for, close experiences with Cuban artists.

I think it can be very beneficial for everyone. “Debbie concludes by saying that they will make their” best show and we will give the Cubans a warm greeting. We hope to meet everyone, play music, probably dance. “Meanwhile, here we leave a video where the group shows that its validity continues as the first day and that the show they will give at the Mella theater will be something worthy for remember. 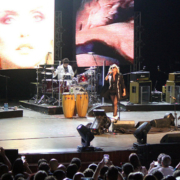 We’ll Do our Best Show in Cuba, Says Blondie’s Vocalist

Investigation into Plane Crash in Cuba in Concluding Phase

The UN donates almost 3 thousand mattresses to Cuba, after two months of the...
Scroll to top