HAVANA, 3 Sept.  The Unión Eléctrica de Cuba recognized that one of the main causes of blackouts in the country is the age of the equipment in charge of offering the service.

40.6% of the electricity generation power is produced with thermoelectric plants, which are 8 throughout the country with a total of 19 blocks in operation.

These thermoelectric plants were designed to have a useful life of up to 35 years, and in Cuba, except for the two Felton blocks, which are 25 and 21 years old, respectively, all the others have been operating for more than three decades and at least seven have been operating since 40 years ago, as explained by the UNE.
Added to this is the non-execution of planned maintenance of the generation units, as well as the impossibility of acquiring the spare parts necessary to fix the breakdowns that arise in the international market, and in this sense, they blame the North American embargo and the alleged lack of access to credit from international financial institutions.
The UNE mentioned that another cause that affects Cuba’s electricity service is the quality of the fuel used in the thermoelectric plants, which after the disintegration of the socialist bloc the combustion systems were readapted to burn national crude, with chemical characteristics that they force to increase the cleaning regime of the boilers, shorten the periods for maintenance and do them themselves; as well as using chemical additives that improve the quality of the crude oil used.
All this causes an energy crisis to be generated in Cuba with constant breaks in the thermoelectric plants, with a lack of stability and security in the service, as well as the adoption of urgent measures when there is a problem of this type.
The monopoly of electric power in Cuba explained that as a result of the crisis that exists in the service, disconnections from it are planned in all the country’s provinces. “This planning consists of distributing the hours of the day in 4 blocks of circuits organized by a blackout time of no more than 4 hours each,” they explained.
However, there are complaints that the blackouts last longer than the planned time and to justify it they used three possible reasons. The first is that sometimes it happens that “the coincidence of the use of electricity at the same time, causes the circuits to trip at the moment of reconnection and it is necessary to wait sometime to gradually increase the reconnected load”.
It may also happen that in a territory there are one or two electrical service carts to perform all the manipulations to the switches that restore service and inevitably, these carts cannot operate all the switches at the same time. “The reconnection process begins at the end of the 4 hours planned for that block and it could take a few minutes for all the manipulations to be completed,” they added.
Another reason that may extend over time the effects may be linked to other faults at the time of reconnection and the power availability is not enough to cover the demand at that time.

The statements of the Electricity Union of Cuba occur after the country registered blackouts in all the territories of the archipelago, generating discontent in the population and that could be one of the reasons that forced the people to go out to protest the 11J in more than 60 localities.

The official discourse insists that they have the situation under control and that financial and human resources have even been allocated to face the problem, but electricity cuts continue in the domestic sector and the discontent of citizens who are experiencing a moment of tension due to the confinement that causes the coronavirus and high summer temperatures.
In previous days, Miguel Díaz-Canel said that the population had to know when the electricity service would be cut off and ordered managers and the media to distribute the information, but little has been said about the concrete plans that will be developed. the government to solve a problem that reminds many of the critical moments of the Special Period.
03/09/2021/by Havana Live
https://havana-live.com/wp-content/uploads/2021/05/cubaapagon160420.jpg 607 1080 Havana Live https://havana-live.com/wp-content/uploads/2018/09/logo_havana.png Havana Live2021-09-03 11:14:222021-09-09 17:12:51Blackouts in Cuba are mainly due to the age of thermoelectric plants 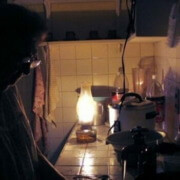 Fals information from CNN on refusal to certify Cuban vaccines