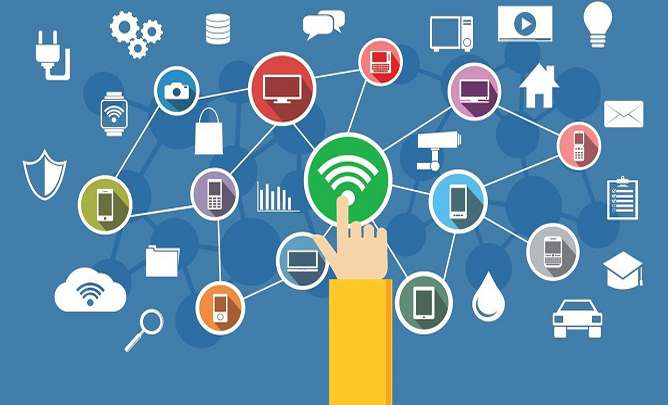 HAVANA, Feb 6th  The news of a U.S. “internet task force” to increase internet access in Cuba surely wins the prize for this year’s “interference in a sovereign nation’s internal affairs” category.

Following up on the fake news of “sonic attacks,” which can only be described as an absurd attempt by the U.S. State Department to dissuade Americans from traveling to Cuba; following up on Cuba’s win as the world’s safest travel destination at FITUR Spain, we get the story that the U.S. will form an internet task force.

It’s not difficult to imagine what’s behind this.  Trump jumped off the toilet, lifted his head out of the Twitter feed and shouted, “BINGO! I’m going to give the Cubans the internet!”

Like so many of the other “bright” ideas he’s had such as the Paris agreement affair, North Korea, the prostitutes scandal, the wall, travel bans, the U.S.-Cuba relationship, healthcare, tax cuts for the rich followed by the grande “faux pas,” “shithole countries,”… the internet task force project will join this “series of unfortunate events.”  One can sense another “Big Fail;” and conclude, this will be his legacy.

What he is actually doing though, is showing the world that America is, yet again, the stupid, big bully of the playground.  Could that be the real definition of his campaign slogan, “make America great again?”

Again, the U.S. is interfering in a sovereign nation’s internal affairs. Not the best plan. Not now, not ever.

So the news that the U.S. would form the “Cuba internet task force,” is unbelievably shocking.  It becomes more and more evident, the big bully of the playground is interfering in another country’s sovereignty. Yet again.

The June 7, 2017 Presidential National Security Memorandum announced,“relevant departments and agencies, including the Office of Cuba Broadcasting, and appropriate non-governmental organizations and private-sector entities,”would be formed, with the purpose to,“encourage freedom of expression through independent media and internet freedom so that the Cuban people can enjoy the free and unregulated flow of information.”

Yes, Cubans like the rest of us, would love free internet.  But the U.S. plot to interfere is doomed to failure.  It’s hardly likely most Cubans will be visiting the websites the task force wants.

What this so-called internet task force is hoping is that more internet access in Cuba will bring about “regime change.”  Plan A didn’t work.  Plan B failed. Now we’re at Plan E, F, or G,  or God-knows-what plan now.  What is certain is that it’s another “subversive, interventionist and illegal action against Cuba.”  Another attempt, like the 2014 ZunZuneo project, to destabilize the Island.

What is not taken into account is that most Cubans, like the rest of us, will probably end up surfing the web for the regular, ordinary things that most people do.  Facebook, news, dating, fashion, cars, music, medical advice, sports, weather, flight prices, and hotels are what immediately come to mind.

Cuba has low connectivity to the internet, but there’s been progress to increase access throughout the country.

ETECSA, the telecommunications company, reduced the price for an internet connection.  Recently, the company announced that smartphones would have the internet on phones this year.  There are now 500 hotspots throughout the Island.  Internet access has increased by 37% since 2010.  Progress.

In 2015, the Cuban government promised all Cubans would have the internet by 2020.  Cuba has been doing just that – moving forward with its internet strategy with the help of Chinese technology.

Cuba’s official news media site Granma slammed the news of the Cuba internet task force, declaring it was, “destined to subvert Cuba’s internal order.”  Well, of course it is.

“In the past, phrases such as ‘working for freedom of expression’ and ‘expanding Internet access in Cuba’ have been used by Washington to mask destabilizing plans with the use of new technologies.”

There are suggestions from analysts and experts in the U.S. that the Cuba internet task force might actually have a negative impact.

If Trump however, really wants to help the Cubans, he should start the process to lift the embargo/blockade.  He should remove the travel ban against Americans traveling to Cuba. His latest Cuba policy has only hurt the entrepreneurs and the people.

How has he helped the people of Cuba?  He hasn’t.  Let the truth out.
https://www.globalresearch.ca/bingo-ill-give-the-cubans-internet/5628441

Cuba: The next real estate investment for Americans?

In Cuba, woman boxer fights to get into ring