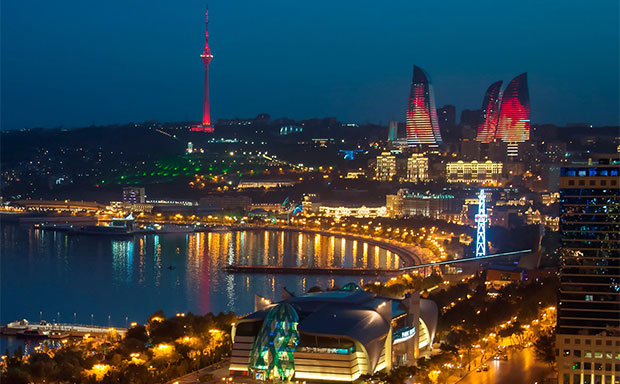 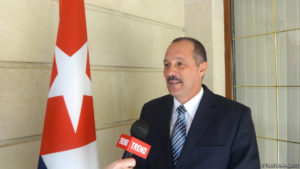 The ambassador made theremarks during his meeting with a delegation led by President of Caspian Energy International Media Group Natalya Aliyeva.

At the same time, Azerbaijan has always been famous for its agricultural development, and the two countries could cooperate in this area, said Alfredo Nieves Portuondo.

“If we could create a joint Azerbaijani-Cuban company in the field of agricultural production, it would notably promote the development of the bilateral relations,” he noted. “The healthcare system is a prioritized sector in Azerbaijan, like in Cuba.

He also touched upon the cooperation in the oil and gas industry. 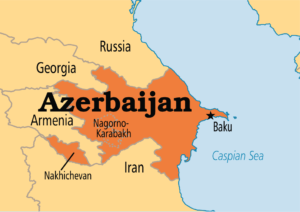 “Cuba produces about 4 million tons of heavy oil per year, mainly in the north of Havana. In the Gulf of Mexico there is a triangle which belongs to Cuba. According to the forecasts, large oil reserves are concentrated there.

Currently, we are conducting extensive exploration surveys there jointly with the companies from Norway, Russia, Vietnam, France and Brazil, which use the technology for producing oil from deep horizons. The surveys show the presence of oil there,” said the ambassador. “Azerbaijan has the richest experience in this area, with more than a hundred years of stable oil and gas production.

A lot of students from Cuba are getting education in Baku. We could cooperate in these areas.”

Alfredo Nieves Portuondo noted that the Azerbaijan-Cuba political relations are at the very high level, and diplomatic efforts will focus on boosting the trade and economic cooperation.

The ambassador highlighted the great potential for the development of tourist exchange between Azerbaijan and Cuba.

He also invited Azerbaijani companies to exhibitions dedicated to foreign trade and tourism in Havana.

Alfredo Nieves Portuondo noted his intention to take part in business forums to be hosted by the Caspian European Club (Caspian Business Club) and Caspian American Club in February.