HAVANA, May 2th  (AFP) – These are hot, humid days in Havana. When the afternoon breeze sweeps in off the sea, William Roblejo steps onto the roof of his building, draws his bow across the strings of his violin, and runs through his repertoire of music to soothe an anxious city.

Access to a rooftop and a breeze is a coveted luxury in the Cuban capital, areas of which have been in lockdown over the coronavirus pandemic for several weeks. 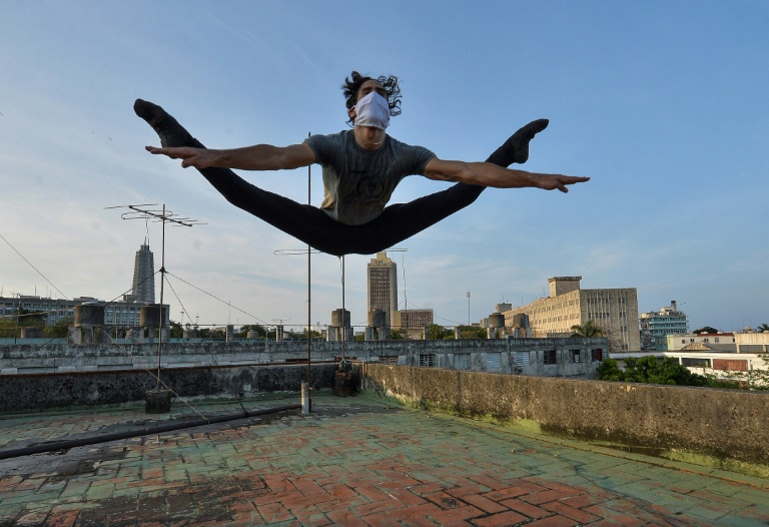 On other Havana rooftops, the country’s top ballet dancer rolls out a mat and runs through his positions and pirouettes, an Olympic pentathlete lunges at an imaginary rival with an epee, and a Greco-Roman wrestling champion pumps iron.

Cuba has imposed lockdowns only in certain barrios, but the government has called on people to stay home as the number of confirmed infections climbed above 1,500 this week with 64 deaths.

With temperatures exceeding 30 degrees Celsius, water shortages in some areas of the capital and long lines at food stores, Cubans have grown more anxious under weeks of confinement.

Adrian Sanchez, first soloist at the National Ballet of Cuba, fears above all that his muscles and his posture, used to a daily nine-hour training regime, will atrophy.

“When all this is over we have to return to the ballet, and if we come back untrained, that will be very hard,” said Sanchez, 22.

He practices “two or three hours” a day on the roof of his building, reached through a skylight and overlooking the iconic Revolution Square. 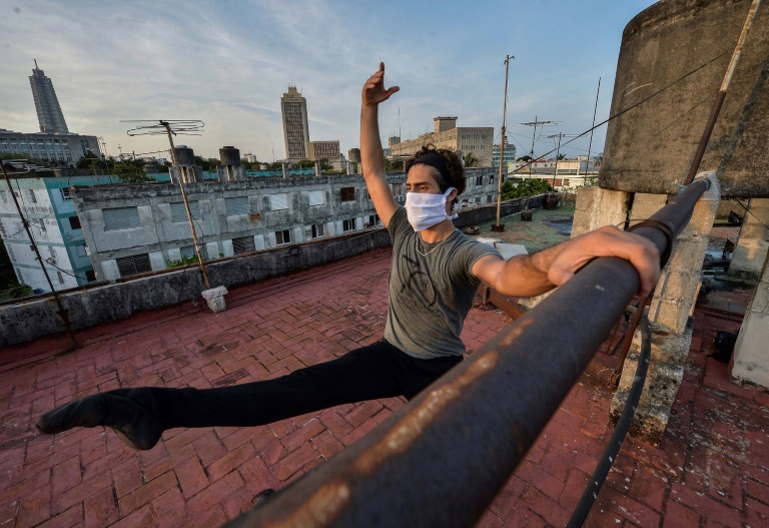 “That way the time goes by faster, and I don’t feel I’m being locked up so long,” he says.

Like everyone else, a good part of his day is spent queueing up for food.

After decades of living under a US blockade, Cubans are adept at making do, even under the most difficult of circumstances — not least their athletes and performers who now have to find a way to pursue their dreams during the uncertainty fueled by the pandemic.

Leydi Moya pulls out her epee to practice her fencing as part of her preparations for the next Olympic pentathlon event, whenever that may be.

Moya, youth Olympic champion in Singapore 2020 and triple-medallist at the Panamerican Games in Lima last year, was returning from a training camp in Mexico when the pandemic hit the region.

She knows that the makeshift training regimen she is reduced to at home is a far cry from Olympic-standard fitness training.

“Performance is going to drop,” she admits. 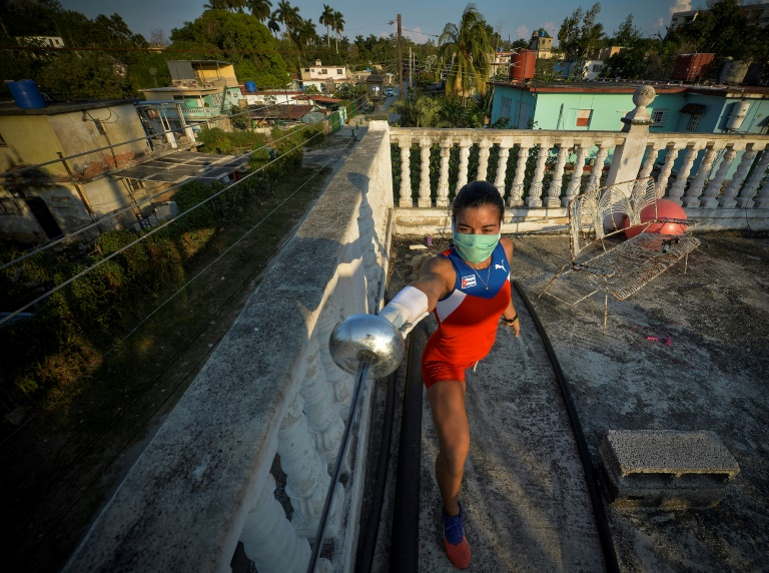 It’s a similar situation for Daniel Gregorich, a Panamerican champion in Greco-Roman wrestling at his 87 kg weight level, who made Cuba’s Olympic team at a recent qualifying event in Ottawa, Canada.

“Sport is health, sport is life and at least it calms my anxiety,” the 23-year-old said between sessions of lifting weights and doing push-ups.

Roblejo, the musician, is at times frustrated by not having his usual concert audience because “musicians are used to delivering art live.”

But he is also grateful for some of the quarantine’s gifts as he plays on his rooftop above the deserted barrio of Playa, where the lulling sounds of the sea are more noticeable now there is no traffic.

“I have to thank this quarantine a little bit, because I studied a bit more and I think I’ve advanced in my music. Now I want this to be over so that I can show it,” said RobLejo, head of the string section of Havana’s Conservatory.

In many ways, he admits to being “very happy. I’ve been locked up and playing alone at home for 20 or 25 days now.”

Psychologist Patricia Ares, writing in Granma, the daily of the ruling Communist Party, said “all of us will have to learn to live with adversity.

“We cannot avoid the wind, but we can build windmills.”

US Condemns Shooting at Cuban Embassy in Washington